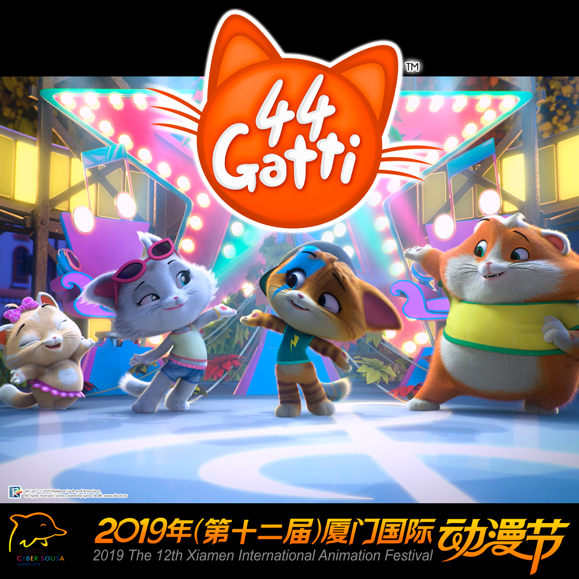 Rainbow’s latest success 44 Cats, produced in collaboration with Antoniano Bologna and Rai Ragazzi, has been awarded the Golden Dolphin for Best Animated Series in the overseas category at the Cyber Sousa Competition as part of the 12th edition of Xiamen International Animation Festival, China’s most influential festival for animation and comics

The XIAF is supported by ASIFA (Association Internationale du Film d’Animation) and ASIFA-CHINA, and promotes the development of the animation industry, comics and video games boosting information technology’s application and international exchange. The award is a further recognition for the whole team at Rainbow, already working on a second 52 x 13’ season and delivering a top quality show that is quickly growing into a preschool classic.

After its first landing on screens across the world with season 1, 44 Cats has been growing at a steady pace, emerging as new kids phenomenon for its compelling features. The show stars a band of 4 musician kittens – the Buffycats – and their lovely Granny Pina, and promotes can-do attitudes for a young target. 44 Cats presents the audience with an explosive mix of original songs and comedy, major partners offering top broadcast coverage and a vast consumer product range which allows the brand to spread its cuteness and universal attributes worldwide. Ratings have been driving up along with kids and families’ love for 44 Cats, and Rainbow is riding this first wave of success both on free and pay TV worldwide. Global SVOD partner Netflix scooped up the show after the TV debut in Europe and overseas, where the share results are pushing the show toward season 2.