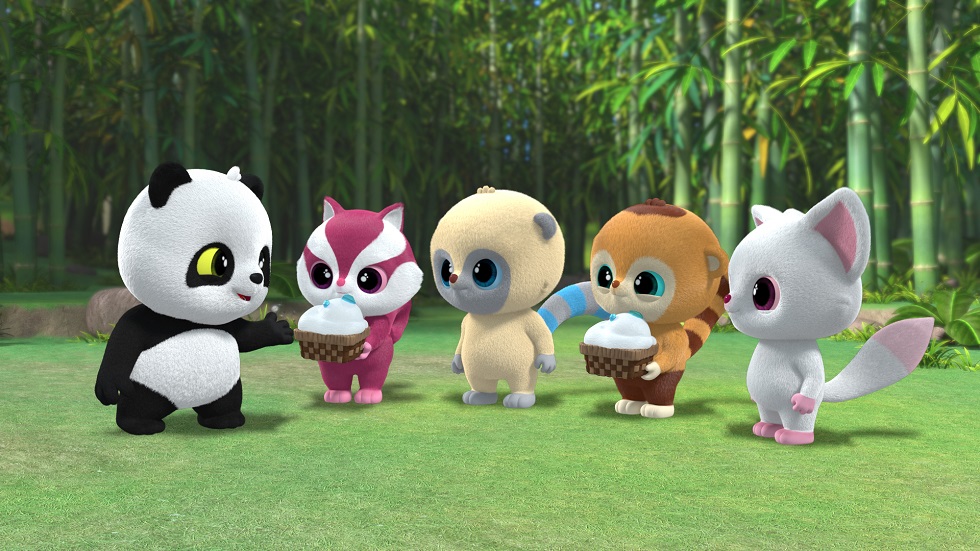 Aurora World – a leading character and content company and owner of the globally successful YooHoo brand – has announced the arrival of its brand-new YooHoo plush range in Spain. This news comes as Aurora also announces the launch of YooHoo to the Rescue, a co-production with Italy’s Mondo TV, on Spain’s free-to-air children’s TV channel Clan TV. It has been appearing on Clan from Monday to Friday since 9 September.

The new YooHoo plush range will be distributed by Apex Gifts, a company with a long-standing and highly successful relationship with Aurora in the region. Apex has secured a number of listings already. Retail partners will be announced soon.

Apex has been Aurora’s exclusive distributor in Spain for over 18 years, in which time it has distributed millions of YooHoo plush items. Over half of these items have been distributed in the Spanish markets in the last seven years. The original YooHoo plush range – a multi-million-selling success all over the world since its launch in 2007 – has been the most successful plush range in Apex’s portfolio.

The new YooHoo line – refreshed to reflect the themes and characters of the new series – is expected to match the success of the earlier one, especially given the extraordinary reach of the new series. The many new characters and their habitats introduced by the new series will enhance and expand the collectability of toy lines in particular. The new 3D CGI 26 x 11’ animated children’s show, YooHoo to the Rescue, launched on Netflix on 15 March 2019 in 20 different languages in 190 countries. YooHoo to the Rescue is one of the first Asian pre-school IPs to be chosen as a Netflix Original Series. The show will also appear on TV channels in Italy, Poland, Portugal, and Russia (including Frisbee, TVP ABC, Canal Panda and Carousel) , as well, of course, as Spain (on Clan TV).

The new YooHoo plush toy line has already received a major launch in Japan at Hamleys Hakata in the city of Fukuoka and Hamleys Yokohama. In the UK, it launched in mid-April 2019 at 200 WH Smiths stores, including partnerships with John Lewis and Rainforest Cafe. In Russia, it launched in June in 500 stores in the Detsky Mir Group, the largest children’s retailer in Russia and the CIS. More launches are planned or underway around the world following the YooHoo to the Rescue Netflix global premiere.

As well as a renewed plush toy line based on the new series, a licensing and merchandising programme is planned across many other categories. There are several products ready for launch in territories worldwide from a number of licensees, including Panini (stickers, mini figurines, trading cards), Nuvita (baby products), Apple Beauty (toiletries), Kennedy Publishing (magazines), and Dev Games & Yea Studio (digital apps).

Jay Noh, Director of Content Business, Aurora World, says: “Our partnership with Apex Gifts, which has been a long and successful one, now enters a new phase with the launch of the new YooHoo plush line. I am certain that YooHoo’s massive success in Spain will continue for many years as Apex and Aurora bring these wonderful new plush toys to a new generation of fans who love YooHoo to the Rescue.”

Dinesh Nawalrai, Director, Apex Gifts, says: “Aurora’s YooHoo plush has long been the most successful plush range in our portfolio and we are absolutely delighted with the new YooHoo plush based on the new animated series YooHoo to the Rescue. This range is both beautiful and of the highest quality. Our congratulations to Aurora for delivering an excellent new take an established favourite.”