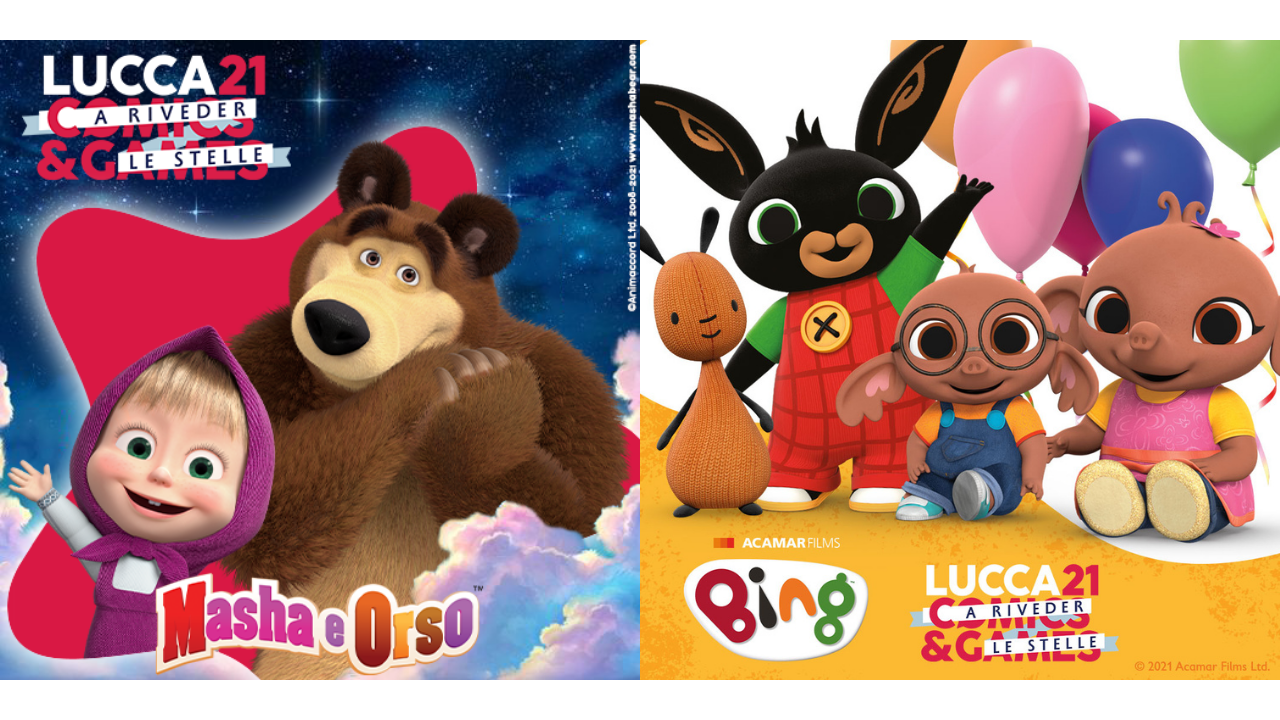 Lucca Comics & Games has returned to offer emotions in the heart of the city, offering the public the chance to find the most beloved publishers and exhibitors in historical areas and in places to be discovered

The event was attended for the first time by Rai Ragazzi, which prepared a very rich program for the three days, featuring previews, Meet & Greet and the participation of the audience’s most beloved characters.

Among them the most popular animated series on Rai Yoyo: Bing with Flop and Masha and Bear, whose participation was organized with the support of Maurizio Distefano Licensing agency, Acamar Films and Animaccord.

On Monday 1 November in the amazing setting of Villa Bottini the characters were the protagonists of the event hosted by Carolina Benvenga, presenter of “La posta di Yoyo”.

Bing and Flop greeted all children with a Meet & Greet and then gave away cardboard ears for the entire audience to wear.

Masha and Bear were also available to all the children for photo opportunities and baby dance and were received with great enthusiasm.

Some of the events that characterized Lucca Comics & Games are available to watch on RaiPlay and all the events were followed live on all active social networks, with a special red carpet in front of the Church of San Francesco.

In Italy, Masha and the Bear is widely represented on major TV and VOD giants including Rai media channels, which this year marks the 10th anniversary of the cartoon’s broadcast. The animated series is also available on DEA Junior, TIM Vision, Netflix, Amazon Prime Video and YouTube. Moreover, according to international research agency Parrot Analytics, the series heads the list of the most in-demand kids’ shows in the country (Parrot Analytics, October 2021).