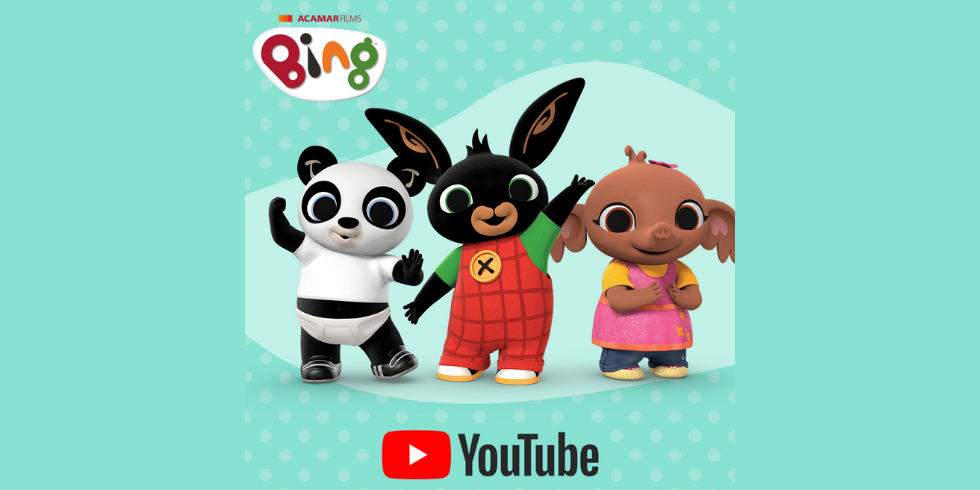 Bing official channel on YouTube in Italian has been live since August 2018, and in its lifetime has gained 903 million views and just shy of 100 million hours of watch time.

This is the proof of how Bing is beloved by the Italian audience that follow his adventures passionately and assiduously.

Thanks to this achievement, YouTube will reward Acamar Films with the first gold Creator Award to celebrate the new subscriber goal.

Bing is already a star of the screen, of the stage and he has arrived onto the radio too with his debut on Italy’s Rai Radio on 18 November on children’s show Big Bang on Rai Radio Kids.

Since its launch on Rai Yoyo in 2018, Bing has become a top show. It consistently ranks in the top 10 on linear and was the most-viewed title on RaiPlay for kids 4-7 in the first six months of 2021. New episodes from Series 4 premiered on Rai Yoyo in February 2021 and are currently airing and available to watch on RaiPlay.

As well as its massive popularity on TV, Bing also has a freemium interactive app plus a robust, extensive and expanding Italian licensing portfolio managed locally by the Maurizio Distefano Licensing agency.