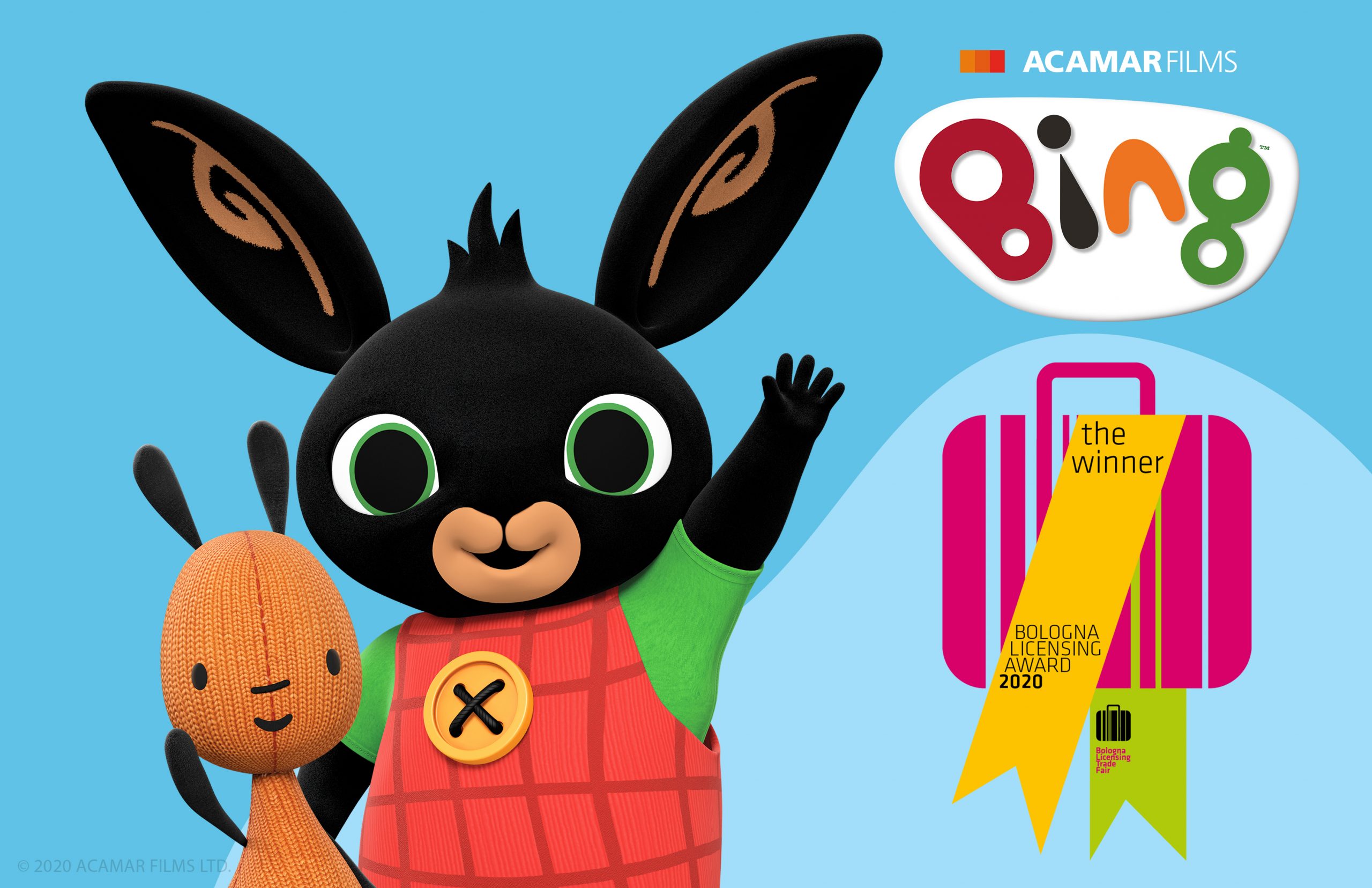 Bing wins property of the year award in Italy

Acamar Films’ hit pre-school property, Bing, has added another accolade to its awards cabinet, winning ‘Property of the Year’ for 2019 activity at the recent Bologna Licensing Awards

Bing won the coveted prize thanks to the success of the licensing programme, the variety and quality of the products and consumer experiences and the property’s ability to engage deeply and meaningfully with its audience across multiple touchpoints.
Judged by experts and professionals in the kids’ industry, the awards were this year announced online due to the current climate and disruption to trade exhibitions and events.
“We’re delighted with the news and we thank our agent Maurizio Distefano Licensing for the fantastic hard work on making Bing a success in Italy,” said Natalie Harvey, Executive Director of Sales at Acamar Films, “We know through brand research, ratings, sales data, significant engagement on social media and huge growth on our YouTube channels that Bing goes from strength to strength. Having such strong foundations stands us in good stead for the future as we continue to grow and expand the world of Bing in Italy.”
Maurizio Distefano Licensing represents Bing in Italy and works closely with Acamar Films on thoughtful brand extensions. Maurizio Distefano Licensing has secured 40+ Bing licensees across a range of categories including location-based attractions. Thanks to best-in-class licensees, quality product executions and considerable marketing support, Bing has quickly become a top pre-school property.
“We’re thrilled that this prestigious award has been granted to our agency. Our team’s hard work on Bing, since the launch of the licensing programme, in addition to the precious support received by the Acamar Films team, have made this dream come true,” said Maurizio Distefano, President & Owner of Maurizio Distefano Licensing, “The brand is incredibly popular with Italian families and the brilliant content, fabulous marketing and diverse licensing programme have all meant that Bing remains a leader in the preschool market for our territory.”
Bing has been nominated for Best Brand (Animated Entertainment / Character) at the Licensing International (previously known as LIMA) Excellence Awards, with winners set to be revealed in August. Banff World Media Festival has also recently announced Bing as a nominee for Best International Pre-school Programme at the Rockie Awards, with winners announced in June.
Licensing Italia S.r.l.