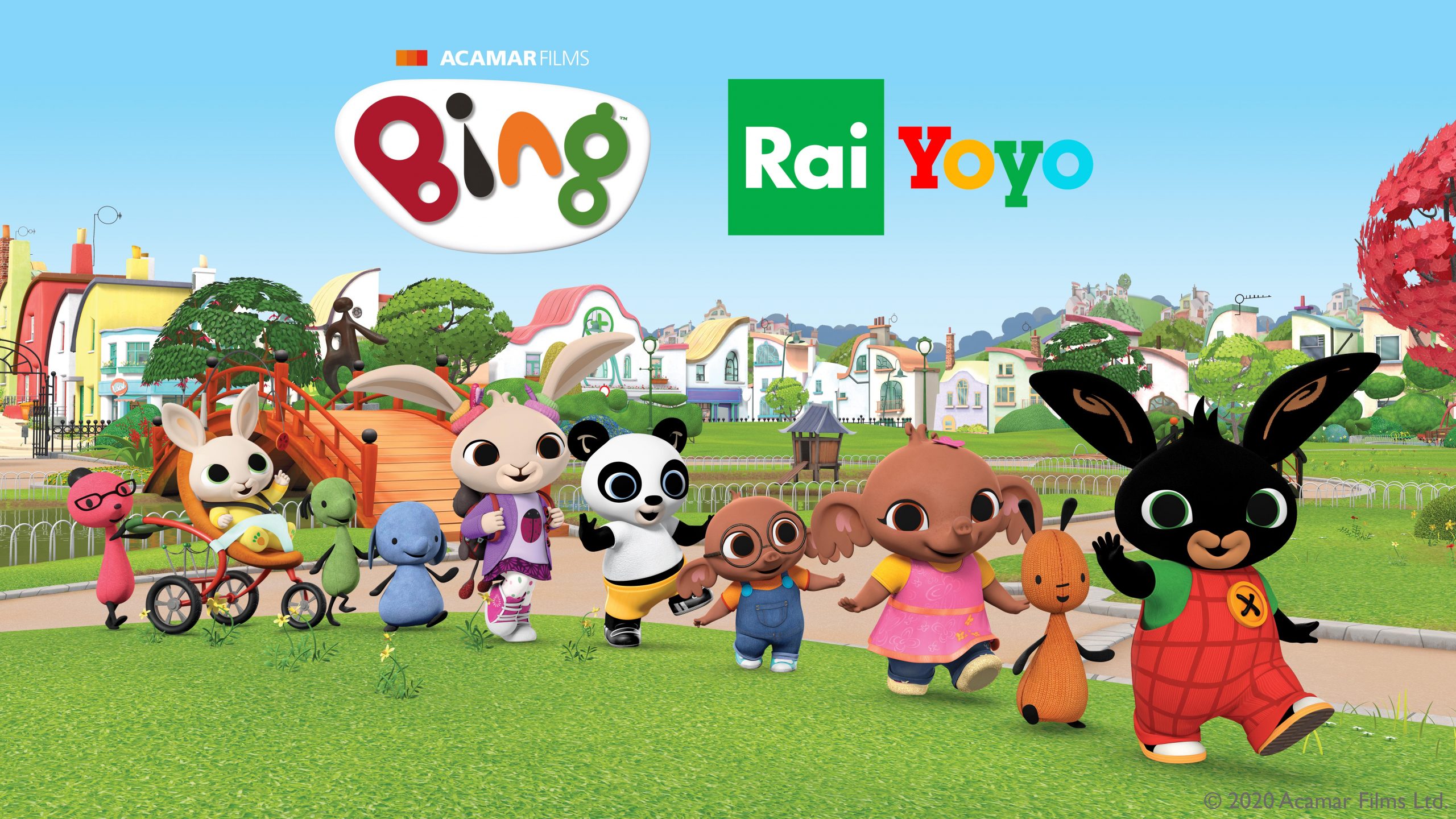 Bing – currently rated currently #1 on the Rai YoYo app – has enjoyed huge commercial success in Italy following its launch in 2018. This new deal further strengthens the partnership between Acamar Films and Rai, with an extenstion of rights for Bing Series 1-3, and the acquisition of Series 4. Italian audiences will be treated to the latest 26 episodes before the end of this year.

As part of Acamar Films’ multiplatform distribution strategy, Italian episodes of Bing are also available to stream and download (along with a suite of learning games and activities) via the recently launched Bing app ‘Bing: Guarda, Gioca, Impara’, and via Bing’s Italian language YouTube channel – which currently generates an average of around 30 million views each month.

Bing will continue to be available via Italian VOD platform TIMVision (who are currently producing Bing’s first ever sign language version) and on DeA Junior where it is the #1 show on-air. Bing will make its Amazon Prime Video Italy debut in October.

Annalisa Liberi, Head of Acquisitions, Rai Ragazzi, said: “We are very happy Bing’s principal Italian home continues to be Rai Yoyo, the leading children’s TV channel in the country. Our kids truly love and enjoy Bing, easily sharing the feelings and emotions that are part of growing up.”

Eroulla Constantine, Director of Sales & Distribution, Acamar Films, said: “Our latest deal with Rai confirms that Bing is as strong as ever and becoming a truly global evergreen icon. Having recently won ‘Property of the Year’ for 2019 at the Bologna Licensing Awards we know that Bing is a firm favourite among pre-schoolers in Italy. We hope to continue to strengthen our relationship broadcasters and digital platforms with our presence at MIPCOM Online+ in October, and are eager to connect with new partners.”

Produced by Acamar Films and Dublin-based partners Brown Bag Films, award-winning Bing has seen extraordinary success since it launched in the UK in 2014 and has now been licensed to 130 territories. Constantly working to expand its international growth, Acamar’s Media Sales team are currently looking for opportunities in untapped areas including Latin America and key Asian countries.