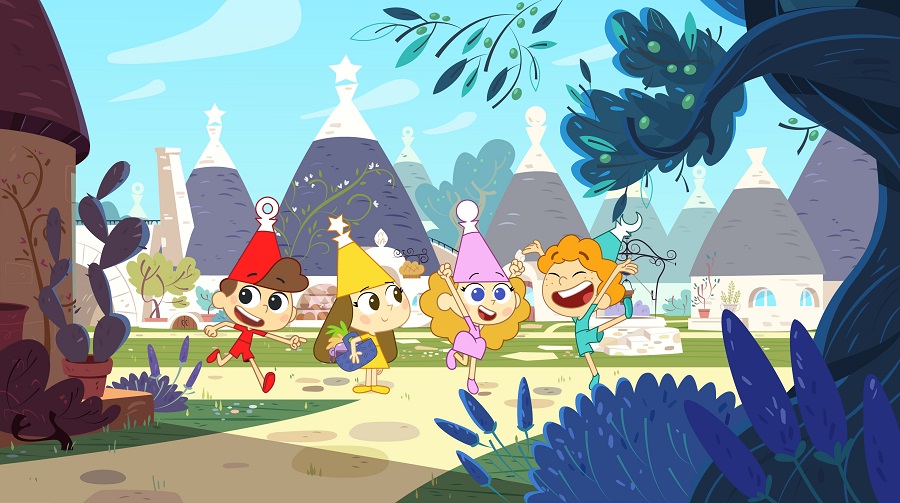 Boat Rocker Rights (BRR) has today announced that it will be representing licensing for Trulli Tales in the UK and Eire.

Hot on the heels of a successful BLE, BRR has picked up the rights for the award-winning animated children’s series, Trulli Tales, after signing a deal with Congedo CulturArte S.r.l.

Created by Fiorella and Maria Elena Congedo, Trulli Tales is a charming 2D animated series (52 x 11’) aimed at kids 4-7 years. Set in the wondrous kingdom of Trulliland where the ancient arts of magic and cooking blend into one, it follows the adventures of four very special young children who have been chosen to protect Trulliland’s most prized possession, the Magic Cookbook. They must use their wands and unite their powers to defend the book from the evil Copperpot, who plans to steal it and so control the realm. By learning the 52 words of wisdom in the recipes of their ancestor Trulli Grandma, they can save the book and Trulliland’s delicious way of life.

The delightful stories promote the value of friendship for young children and show how everyday obstacles can be overcome by working together, sharing new experiences and having fun.

Trulli Tales is an international co-production developed by Rai, Congedo CulturArte and Fandango, Gaumont and Groupe PVP, in association with Gloob. The series launched on Disney Junior across EMEA last December and on Rai Yoyo in Italy in June. Trulli Tales currently airs on Disney Junior in the UK, twice daily through the week and three times a day on weekends. It will launch on Tiny Pop in the UK in Q4 2018. Trulli Tales won Canada’s prestigious Prix Gémeaux for Best Animation Series in 2018.

Existing European licensing deals include toys from Giochi Preziosi (which will be distributed by Flair in the UK), educational toys from Clementoni, tissues from Clean Paper and stickers and magazines from Panini (Italy). Other local Italian partners are in place covering publishing, snacks, olive oil and a kids’ club.

Caroline High, Director, Licensing at Boat Rocker UK says:  “We are thrilled to pick up the rights for Trulli Tales for UK & Eire.  This is a beautiful series which extends naturally into consumer products.  With the forthcoming launch on Tiny Pop and the toy line being presented at Toy Fair, we can’t wait to whip up a feast amongst the UK licensing community and introduce Trulli Tales at retail from A/W 19.” 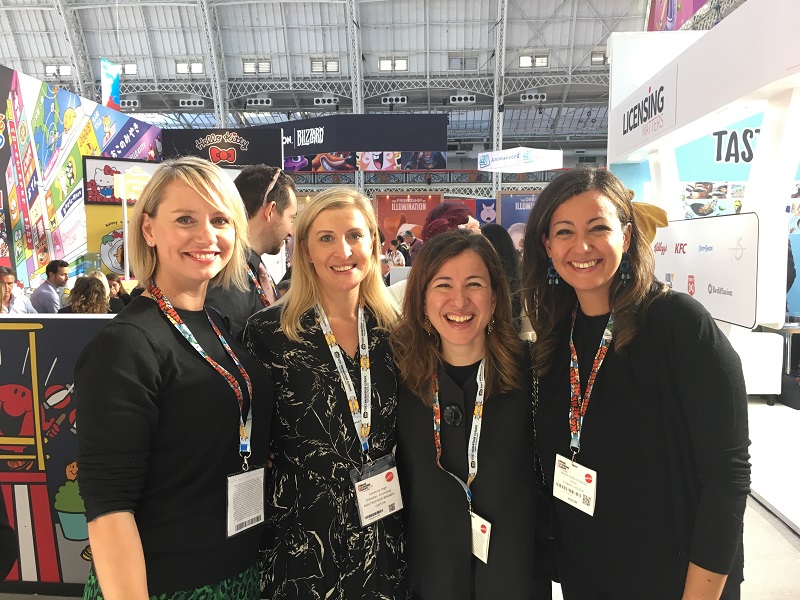