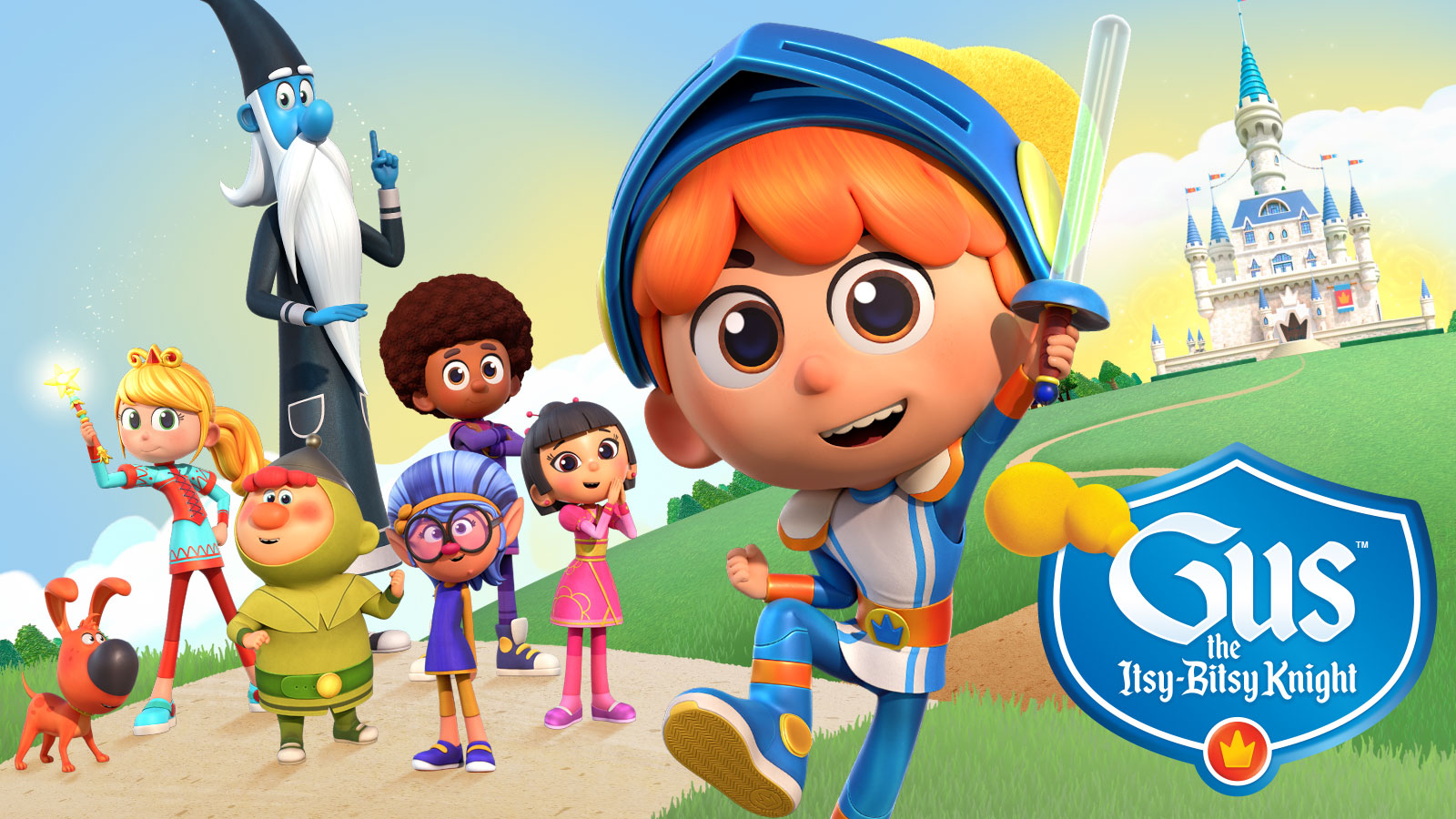 Next year, it’s going to be much more entertaining to dress up as a dragon, a unicorn, troll, princess or knight, thanks to MOM Fun Company, who are set to launch the first line of GUS, the Itsy Bitsy Knight costumes, in time for Carnival

This is the first deal under DeaPlaneta Entertainment’s new global licensing contract for the kids brand.

The MOM Fun Company collection of costumes and accessories will be distributed in Spain, Andorra and Portugal in February 2023.

Gus, the Itsy Bitsy Knight (52×11) is a CGI animated series for 4-7 year olds. Produced by French studio Technicolor Animation Productions in association with PGS Entertainment, the project already has two seasons and 20 episodes with exclusive content under its belt.

In the far away kingdom of Karamel, Gus wants to become the greatest, most famous knight of all time. With his laser sword and electric pony, Gus never misses an opportunity for adventure with his friends. His quests lead him to fight witches, dragons and the evil Shadow Knight.

Iris, his super-tall magician sister is always by his side. She’s a real Modern Princess and the most popular girl in the kingdom. And although being itsy bitsy may seem like an obstacle to becoming a real knight, Gus’ valiant heart and great virtues allow him to overcome any adversity.

DeAPlaneta Entertainment is responsible for the series’ global licensing sales.