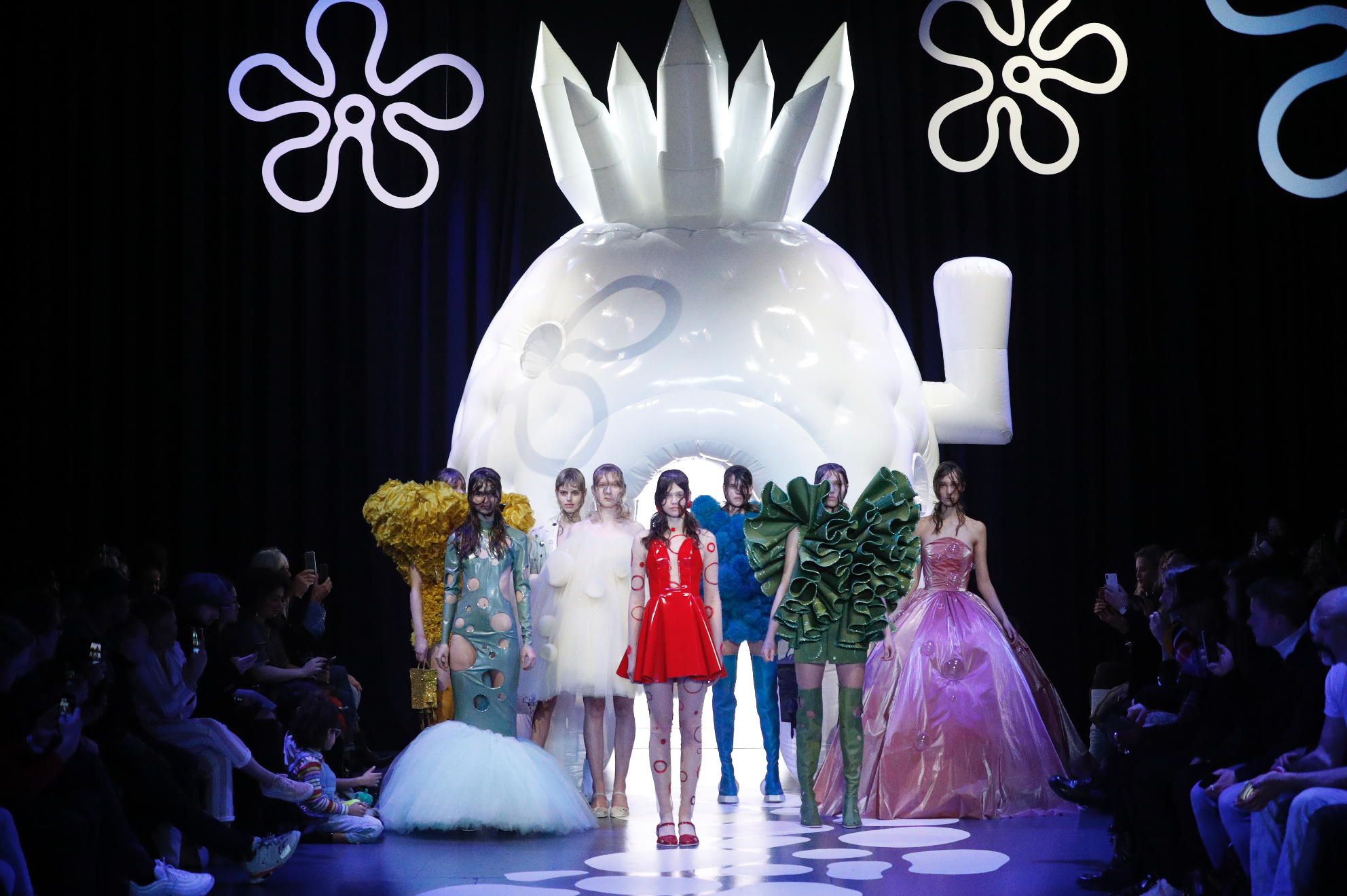 Entitled “The Icon Collection”, the range celebrates the 20th Anniversary of SpongeBob SquarePants and consists of eight looks that are inspired by the iconic characters from the hit Nickelodeon series.

Marlou Breuls has translated eight characters from the series into 3D avant-garde silhouettes, with the spongy themes of SpongeBob SquarePants tying the collection together, while every iconic look remains clearly recognisable and distinct through its shape and use of color.

This collaboration is part of Nickelodeon’s 20th Anniversary celebration of SpongeBob SquarePants and pays tribute to one of the most iconic TV series and characters ever made.

Marlou Breuls commented: “It is very special to create an avant garde collection for the 20th Anniversary of SpongeBob SquarePants in my own handwriting. In this way, commerce and art come together, making this collaboration with Nickelodeon especially unique.”

Brenda Draaisma, General Manager CPLG Benelux, added: “We are delighted to be working with Marlou to celebrate SpongeBob’s 20-year history. Marlou has created her own revolutionary take on the iconic characters and translated them into a fun and unique collection whilst staying true to each character’sdistinct look and feel.”

Jeannine Lafèbre, Sr. Director Licensing from Viacom Nickelodeon Consumer Products concludes: “I am so excited about this collaboration! Marlou and CPLG have worked hard to turn this unique SpongeBob collection and amazing opening show at the Amsterdam Fashion Week into the best possible kick-off ever for the Best Year Ever for SpongeBob in the Netherlands!”

The collection was showcased at Amsterdam Fashion Week from 7th – 10th March 2019. Plans are also underway to launch a line of apparel and accessories for women based on the show at retail from AW19.