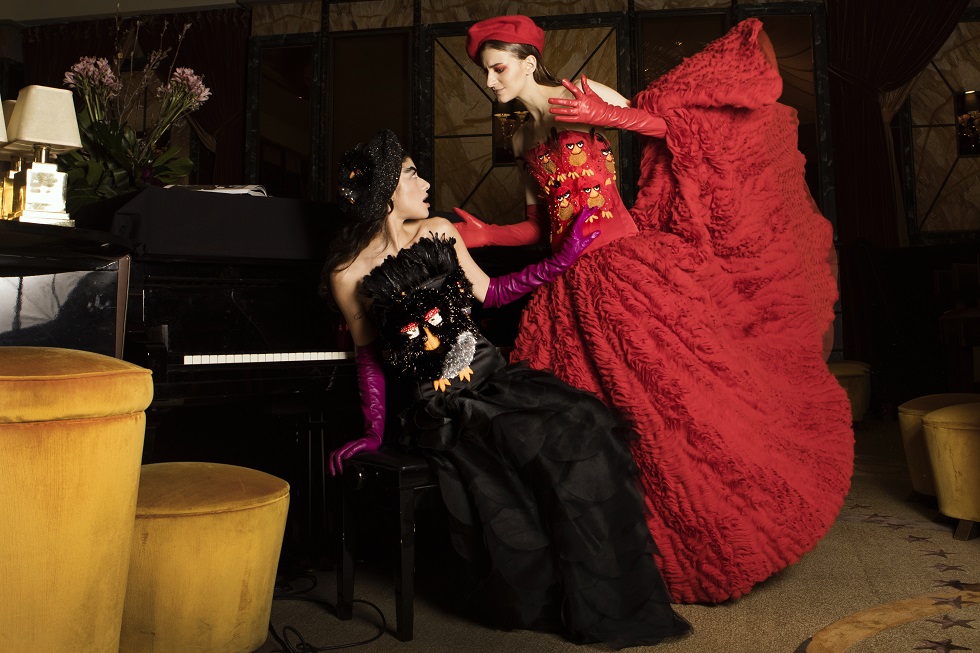 Maurizio Distefano Licensing (MDL), which has been appointed to manage the worldwide rights for the talented young Italian stylist Filippo Laterza, has announced the launch of a new Filippo Laterza collection. It’s themed around the new movie inspired by the globally successful property Angry Birds, which is also represented by MDL.

Born in 1995, Filippo Laterza grew up in a family of tailors and was at home in the world of fabrics and hand-made from an early age. After fashion school, where his prints won numerous prizes, he met the designer and entrepreneur Stefano Cavalleri, who became his mentor, supporting Filippo in the creation of an haute couture line that was presented at Alta Roma, Rome’s bi-annual fashion week, and then taken around the world, from China to Europe.

Rovio Entertainment, owner of the Angry Birds brand, saw the amazing ability of the young designer and asked him to collaborate on a luxury line for the forthcoming Angry Birds Movie 2 the follow-up to 2016’s massive animated hit. The result is a witty, colourful and arresting collection that brings together images of Red, Chuck, Bomb and co in a glorious selection of gowns, skirts and dresses, both formal and informal, combining elegance and attitude.

The whole collection was previewed at a Haute Couture Runway created by Filippo Laterza for a licensing meeting hosted by Maurizio Distefano Licensing in Milan at The Hotel Principe di Savoia. The collection has also been shown in London, Shanghai and Florence. The gowns, skirts and dresses are now available and can be purchased directly from Filippo Laterza. Items from the collection will also appear at special brand-related events.

MDL manages worldwide rights for the creative partnership of Filippo Laterza with third parties for apparel and accessories for women, men and children.

Maurizio Distefano, founder and President, MDL, says: “Filippo Laterza has already making a strong impact on the fashion market and gained the attention of many names in both fashion and licensing. The future is undoubtedly bright for this talented young designer who has made such a big impact at such an early stage in his career.”

Michela Marchese Patti, CEO & Owner, MDL, says: “The Filippo Laterza/Rovio collaboration on Angry Birds has borne fruit in the most amazing way. This collection is intelligent, witty and stylish – and uniquely Filippo Laterza. His take on some of the world’s most famous gaming characters has been genuinely inspired. MDL is delighted to be working with such an extraordinary talent.”