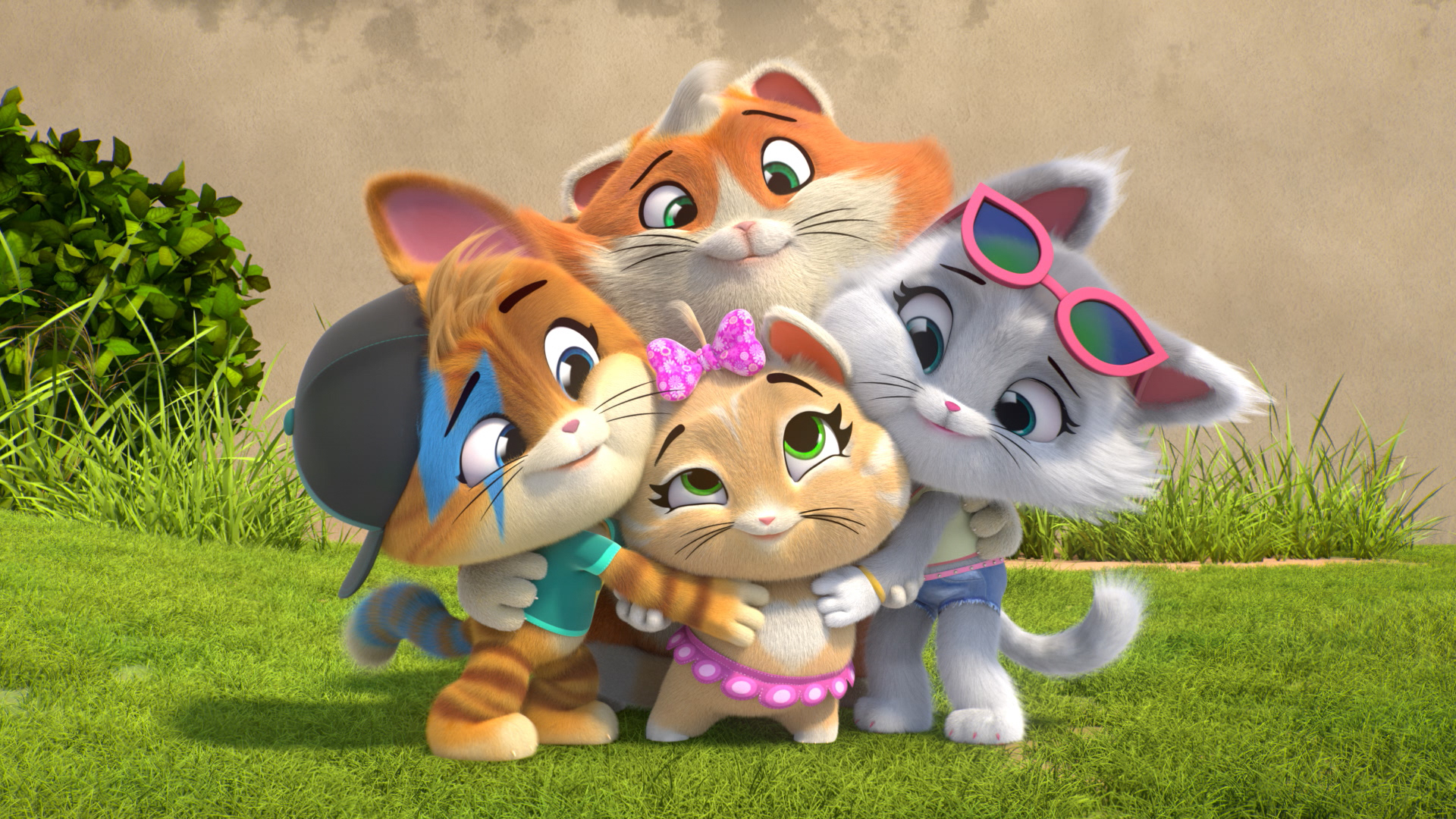 44 Cats, the latest children’s TV hit series created and produced and developed by CEO of Rainbow Group, Iginio Straffi, continues to conquer new fans around the world, across all continents and cultural barriers, driven by its high-quality content, engaging storylines, colorful characters and mix of edutainment and music.

Developed by Rainbow, 44 Cats premiered in Q4 2018 in Italy and quickly became a ratings hit notching up over 150 broadcasters in more than 100 countries and 20 languages in its first season. Exactly two years later season two has launched and is already garnering new audiences and retaining millions fans from season one. A brilliant mix of original music and cuteness telling the daily adventures of four kittens – The Buffycats – and their human and animal fellows, 44 Cats reaches children around the world across all platforms including free-to-air, pay TV and SVOD platform.

The 104×13’ CGI animated show has a prestigious pool of broadcast partners:

Additionally, The SVOD market is also a strong platform the 44 Cats with growing success; Netflix delivers worldwide, Amazon Prime takes the series for Italy plus Yandex, Start Russia and IVI stream it in Russia. Partners Youku, Tencent and Xigua (Bytedance) are on board for China.

From success on screen around the world and quick to engage and interact with fans beyond the series, 44 Cats is also becoming a licensing hit, with more than 100 partners secured globally, across numerous consumer product categories, including live events and partnerships.