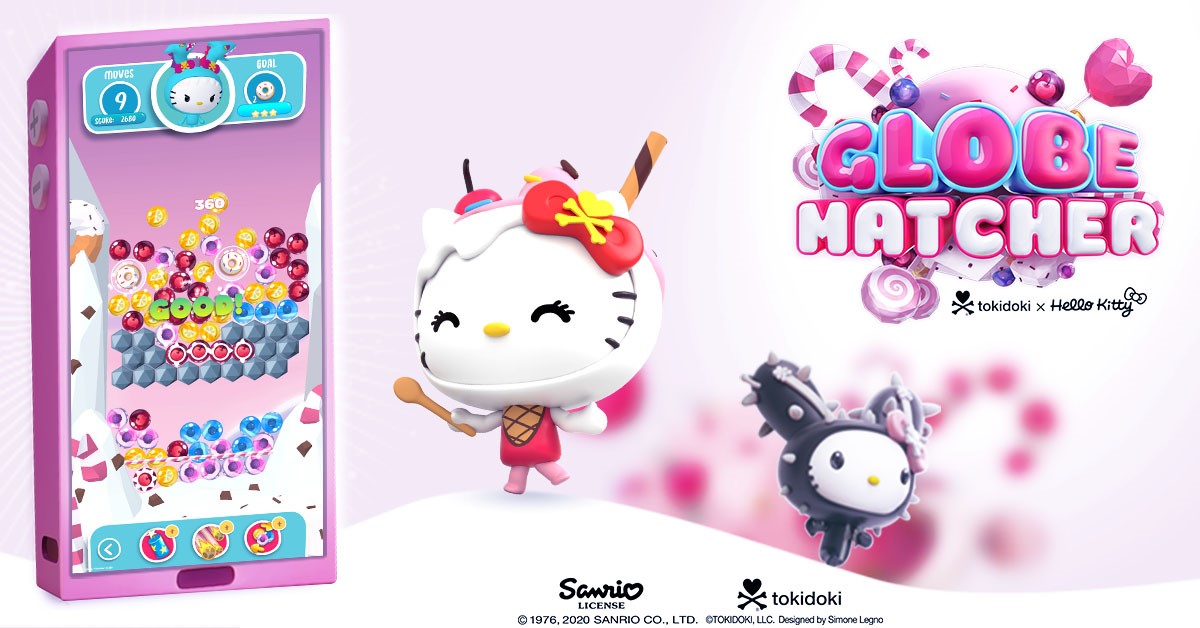 For the first time, global character and lifestyle brands star together in a mobile game

Sanrio, a lifestyle brand that is best known for pop icon Hello Kitty, and tokidoki, the global pop-culture brand famous for its larger-than-life characters, are announcing the release of their new digital game in collaboration with Bitbuu Games by Mars1982 Ltd. Bitbuu Games by Mars1982 Ltd is a successful designer and developer of a wide range of video games across multiple platforms using 3D, 2D, augmented reality and virtual reality. Sanrio and Tokidoki decided to collaborate on a video game to give their fans a new, entertainment-based experience.

The tokidoki x Hello Kitty Globematcher game, brings the iconic partnership together for the first time in a hyper-immersive new game designed to meet the international game market standard and due to be released in early 2020.

It will first be released worldwide on Google Play and iOS. After this it will be available on other online platforms: the Apple Store, Google Play, Amazon, Apple TV and Google TV. The game will be available for smartphones and tablets. It is suitable for children aged 4, up to adults of any age.

The game involves solving puzzles of increasing difficulty and unlocking access to different planets as players reach new levels. Players can play alone or invite friends to join them, sending them gifts or competing to see who gets the best score. There’s also a rewards system to gain more gameplay or more opportunities to progress.

This is a user-friendly, immersive gameplay. Players can both cross space together or in opposition, defeating global opponents, having new adventures, and getting new planets to give up their secrets as the adventure goes on. The game will operate on either an ad-based or pay-to-play basis.

In close collaboration with Sanrio and tokidoki, Bitbuu developed and carefully constructed every element of the game – from art direction and layout to game play and rewards.

The game has already received a strong response from a specially selected group of players. It is now at soft launch stage. A full global launch on all major platforms will follow soon. Users can use this link  to register on the app store in ‘pre-install’ mode and will receive a push notification as soon as the app is published Click here for a sneak peek at the trailer.