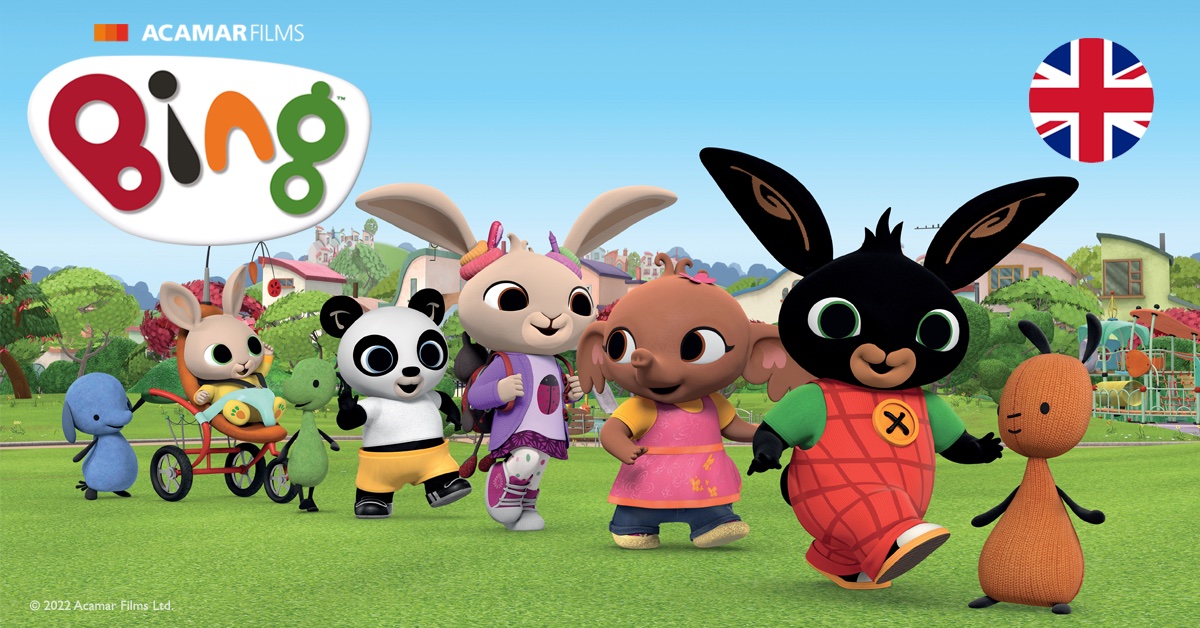 Starting from July 4th, Bing episodes in English are on air in addition to the usual programming.

All 78 English episodes of the series will also be available to watch at any time on Rai Play since the 4th of July too and on Bing’s official app “Bing: Watch, Play, Learn”.

The great success achieved both on Rai Yoyo and Rai Play by Bing episodes in Italian and by Series 4, brought Rai in investing in this outstanding pre-school property even more: Bing content continues to maintain very high audience peaks throughout the target audience (1-4 y.o. kids).

Bing’s show launched on Italian TV screens in February 2018 and quickly grew in popularity, fueling more and more interest among his little fans for Consumer Products. Today a wide licensing program touches different product categories, with more than 40 active licensees list that comprehends the most important licensing partners. Little fans love Bing and Flop presence at Leolandia, the amusement park for little ones: the experience doesn’t stop with a live show dedicated to Bing where Bingsters can meet the characters and sing Rainybow Song. The partnership with Leolandia is set to last years in the future with a lot of news to come.

Maurizio Distefano, MDL President, says: “Bing has become a fixed appointment for all children who are passionate about his little daily adventures and this one is a precious occasion for all Bingsters to learn English in a fun and entertaining way, by playing and watching their beloved Bing”.