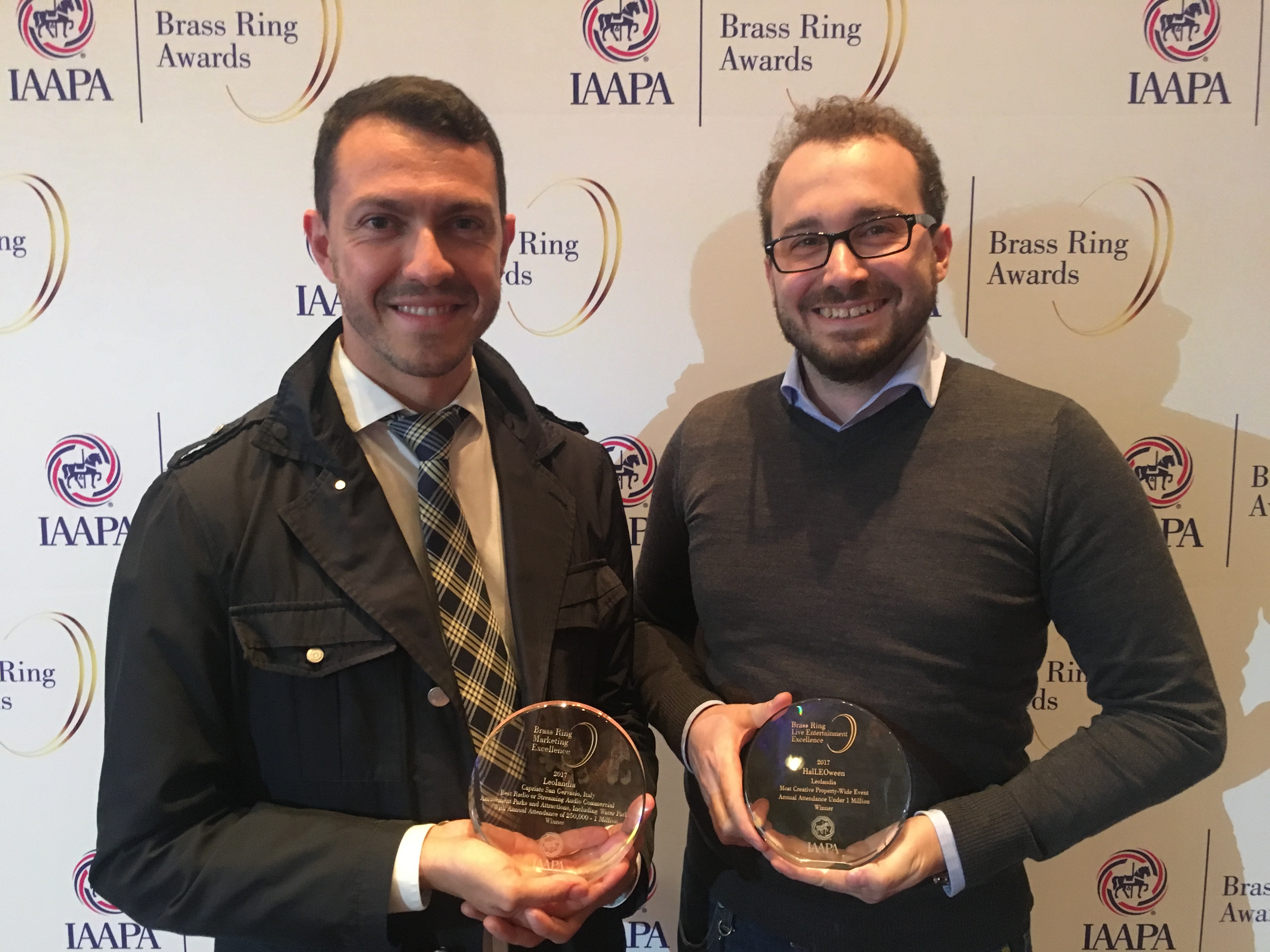 It has been a record-breaking season for the most popular park in Italy, which was awarded with 2 important prizes at the IAAPA Brass Ring Awards, the International Association of Amusement Parks and Attractions

Leolandia, the theme park designed for families and children, received 2 Brass Ring Awards as the Best Creative Event (HalLEOween) and Best radio spot at awards ceremony, which was held in Orlando (Florida, USA) and organised by IAAPA, the International Association of Amusement Parks and Attractions, namely the most important association for the international theme park industry.

It is also remarkable that the park was nominated with important players worldwide in the industry for 4 more awards: Best Theatrical Production, Best Visual Merchandising for one of our shops, Best New Innovation for one of our restaurants and Spirit Award for the art direction.

Leolandia has triumphed for the 2nd year in a row at the IAAPA awards: last year, the park took the awards for the Best plush (Leo) and Best Store (LeoShop).

The park located close to Milan celebrates this record-breaking season. This year has been a rewarding year: in addition to these 2 Brass Ring Awards, the theme park was ranked 1st in Italy according to the TripAdvisor’s ranking in June and awarded with the “medal” for its Best Staff at 2017 Parksmania Awards in October.

“The creativity constitutes an invaluable asset to a theme park – David Tommaso, Leolandia’s Marketing and Sales Executive, remarks – we are therefore proud of the award for HalLEOween theming, an important date on our calendar, and of the award for our radio spot, which is a significant part of our integrated marketing campaign. These notable achievements demonstrate the guest satisfaction and reward the Leolandia staff for their efforts to increasingly improve our guests’ experience and to make the park’s atmosphere magical.”

Leolandia is looking forward to spending a magical day with families coming to the park until November 20th. But while waiting for the exciting new season in 2018, the park invites everyone to La Tana di Leo, which is open starting from December 1st. It’s a great novelty for families, which includes 2 fun indoor playgrounds and a table-service restaurant. For further information, please visit: https://www.leolandia.it/latanadileo