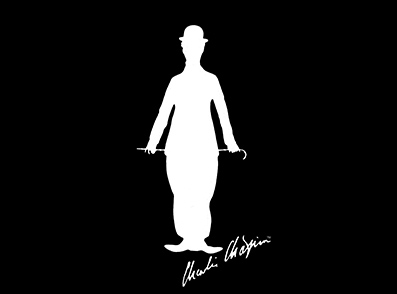 Charlie Chaplin gave rise to one of the most emblematic characters in the cinematic production of his years: Charlot led the tramp figure to universal fame and was able to speak to his audience with elegant irreverence, highlighting with purity and simplicity the problems that society was facing in the first half of the 20th century.

His smart and sophisticated comedy is still a hit with audiences, in a collection of more than ninety films of which he was director,  actor, writer, and later music composer (“The Kid”, “The Gold Rush”,  “Modern Times”, “The Great Dictator”, and “Limelight” are just some of his most famous titles).

The iconographic elements linked to Charlie Chaplin are truly unique: his crumpled clothes, instantly recognizable bowler hat, his cane, his funny walk, and his unmistakable mustache have created an exclusive and characteristic image.