The Geronimo Stilton Classic property is entirely focused on the life and adventures of the well known Geronimo Stilton, editor in chief of the Rodent’s Gazette – the most famous magazine of Mouse Island – and author of the Funny Tales story series. Geronimo is a gentelmouse who, besides loving his job and his family, adores collecting old cheese crust of the eighteenth century. He hates travelling because of his seasickness, airsickness, carsickness… anyway, his family, drags him in the most extravagant adventures all around the world.
Millions of children around the world live the funny and educational experience of Geronimo Stilton books, and are ready to extend its experience to other categories of their lives such as games, Apparel & LifeStyle, Stationery & Gift and Homeware. 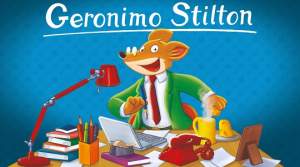