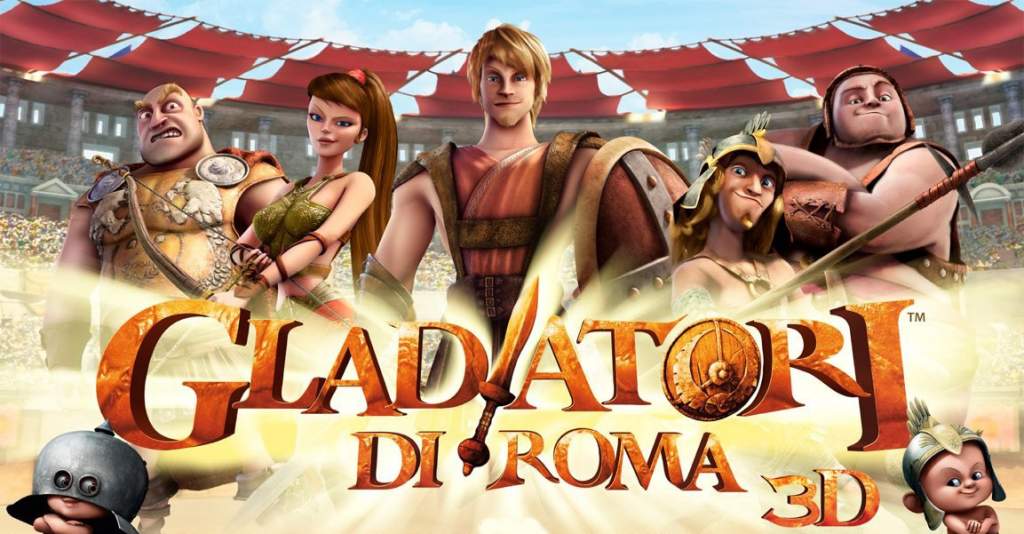 Rainbow’s latest and greatest film for family and adolescents had its big premiere at the 2011 Cannes Film Festival.

The full length feature was directed by Iginio Straffi and scripted by Michael J. Wilson, the Oscar-winning writer of A Shark’s Tale and Ice Age 2. It will be officially released in 2012.

It is the age of Imperial Rome. Young Timo is an orphan of Pompeii’s terrible eruption, adopted by general Chirone and raised in the most famous Gladiators’ Academy in Rome. Is this the beginning of a new legend? The legend of a great hero? Not so much! Timo is not exactly gladiator material! He just wants to hang out with his friends, Ciccius and Mauritius, and avoid his stepfather’s bizarre training sessions at all costs! However, when Timo meets the lovely Lucilla, he decides to change his life and bring out the valour inside himself—valour that has never shown itself before. Through spells, crazy raids in the woods and the terrible trainings of a very personal lady trainer, Timo has to transform himself into the greatest gladiator of all time. And as they say, if “fortune favours the bold” in Rome… hard times are awaiting Timo!
After a strong performance at the Italian box office (4 million $ and in the  TOP3 of the hottest movies for several weeks) Gladiators of Rome lends itself to becoming a Bluray DVD in spring 2013, distributed by Medusa and starting international distribution (Russia, Poland, America) into spring 2013.