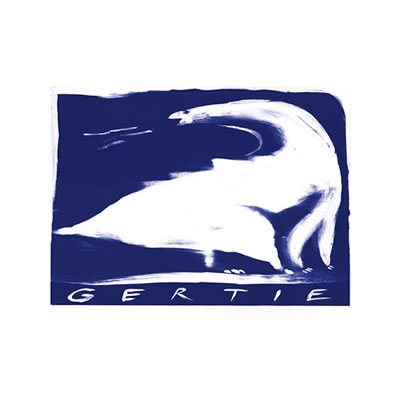 Gertie is Founding Partner of Cartoon Italia, the animation production companies association, part of the Cartoon platform of the European Union.

Nonfiction
The design, creation and setting of films in all animation techniques for advertising, promotions, institutions and communications agencies.

PUBLISHING
The editorial conception, design and creation of works for periodicals, books, multimedia and interactive games.

Partners of Gertie are Franco Serra , Fulvia Serra and Lionello Cerri.
They worked independently in various related sectors like audiovisual production and publishing.

Candy Circle, Pilot of a 26X26’ Tv series co-produced with Rai-Fiction has been presented at Forum Cartoon Cataluna 2007.
In 2007, Gertie has also completed its co-production part in “Mia et le Migou”, the animated feature film directed by Jacques Rémy Girerd anc coproduced by Folimage (F) Gertie and Enanimation (I).

After producing “Amici per la pelle” and “Ti Faccio la Foto” (Music Videoclip); and Che Animale Sei? (What Kind Of Animal Are You?):  a 30’ TV Special in Co-production with Rai Fiction, now Gertie is working to the pre-production of an animated feature film intended for the big screen provisionally entitled “Tale of a fearless child: dedicated to Iqbal” (The History of Iqbal), co-production between Italy, Canada, France.

Franco Serra collaborated since the 80’s with a lot of innovative television emissions in the three channels of RAI, including: “Mr. Fantasy,” “Obladi Oblada,” “Italia Sera,” “Moda,” “La TV delle Ragazze” and runned two monthly magazines dedicated to comics (TIC – la rivista dei curiosi and Nemo) as well as a very important group of comic authors representing one of the most innovative movements in the European and international landscape during the 80’s being also the first European link with many of the american artists related to Art Spiegelman’s Raw Group.

Fulvia Serra has been managing director both of many important culture and comic magazines like Linus, Alteralter, Corto Maltese, Snoopy, Superman and Batman, both of the Publisher Milano Libri, branch of RCS Editori Group that published all the most important European and American comic authors during the 80’s and 90’s. Now she runs “Milo la rivista dei curiosi” published by Gertie itself.

Together, they also organized events, shows, animated cartoon festivals, music festivals, graphics shows and more and contributed to the creation and development of audiovisual projects in animation, characterized by originality of choice and by a particular attention paid to image (one example: the text titles and animated drawings – as well as the entire publicity campaign – of Roberto Benigni’s film, “Il Mostro” (The Monster).

This particular project was recognized by positive reviews from Lietta Tornabuoni in La Stampa, and by Irene Bignardi in La Repubblica).
Lionello Cerri brought recently inside Gertie his strong experience as a producer of live action feature films and manager of movie theatres, being executive producer together with Franco Serra in the new feature films production projects of the company.

Gertie is Founding Partner of Cartoon Italia, the animation production companies association, part of the Cartoon platform of the European Union.