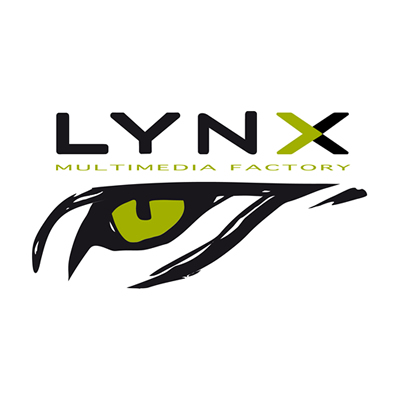 Lynx Multimedia Factory is a production company based in Rome and Milan, specializing in animated films

Since 2012 Lynx has been working on the quality of its products, collecting the different experiences of its partners, including directing, writing, design, animation and communication.

Among the projects in development: the animated feature film Bartali’s bicycle, co-produced with Rai Ragazzi and intended for TV and cinema distribution, and the animated series Nip & Lena. Fin friends.

As a producer, Lynx has earned the selection of his titles at the most important European animation showcases: the Cartoon Forum in Toulouse, the Cartoon Movie in Bordeaux and the MIA Market in Rome.

In 2017 it was involved in the executive production of The star of Andra and Tati, an award-winning television medium-length film, produced by Larcadarte for Rai Ragazzi.

Lynx’s portfolio includes a series of successful illustrated volumes for Mondadori entitled The Extraordinary Adventures of Jules Verne, taken from the homonymous TV series and produced for Lux Vide; a multilingual app for The Adventures of Hocus & Lotus, a television series by D.I.T.I. and Rai Ficion; some comic series for Periodici San Paolo taken from Cooking Time! and Cricky & Fril projects, and several merchandising lines co-produced with COOP Italia for Cricky & Fril.

The goal of Lynx is to confirm its role as a quality producer in the field of animation, respecting the innovation of techniques and languages.