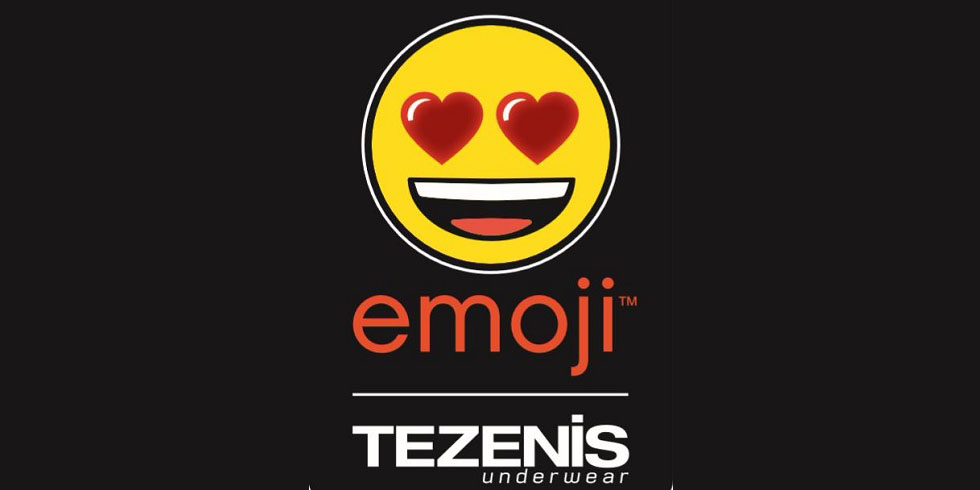 Maurizio Distefano Licensing (MDL) has concluded a license agreement for emoji® – THE ICONIC BRAND with Tezeniz, Calzedonia Group, for a capsule collection available in all Tezenis stores from September 2019, entirely dedicated to the very popular icons.

Tezenis has conquered the young market with its underwear and homeware collections for her, him and for the little ones. The emoji® brand fits perfectly with Tezenis style, having become a global communication phenomenon.

Inspired by those unlimited opportunities to communicate the emoji company decided to create emoji® – The Iconic Brand, a truly universal lifestyle brand for people of all ages and any gender.

Within the past 4 years the emoji company created the world´s biggest and impressive library of icons available for legal licensing and cross category merchandising.

Today the emoji company has successfully established the official emoji® brand in the market and signed more than 600 noteworthy partnerships with the biggest corporations all around the globe.

Official emoji® products are sold in more than 100 countries by more than 600 global corporations. Partners include firms such as Sony Pictures Animation, Ferrero, Zara, Kellogg´s, Nestle, C&A, Nikon, Fuji, Random House, Universal Music, Walmart, The Swiss Post amongst many others.

Over 80 beautiful styleguides have allowed Tezenis to have fun and create a line of pajamas, underwear and socks for women, men and children with a cheerful, direct and playful style.

Tezenis is a brand with a cosmopolitan vocation, thanks to a growing network of stores: over 500 stores distributed over 18 countries.

Tezenis is part of the Calzedonia Group, a strong and widespread franchising network with more than 3,600 points of sale in over 35 countries from all over the world. Calzedonia, Intimissimi, Tezenis and Falconeri: 4 successful brands placed in all big cities.

Michela Marchese Patti, CEO in MDL, says: “A beautiful project for our Agency, that thanks to the high professionalism of Tezenis team has been masterly realized. A goal achieved with great satisfaction for having seen how Tezenis was able to exalt the details and enhance our property, expressing its maximum potential. We are sure the collection emoji® – THE ICONIC BRAND by Tezenis will be loved by everyone and will encourage the impulse purchase for themselves and as gifts. “