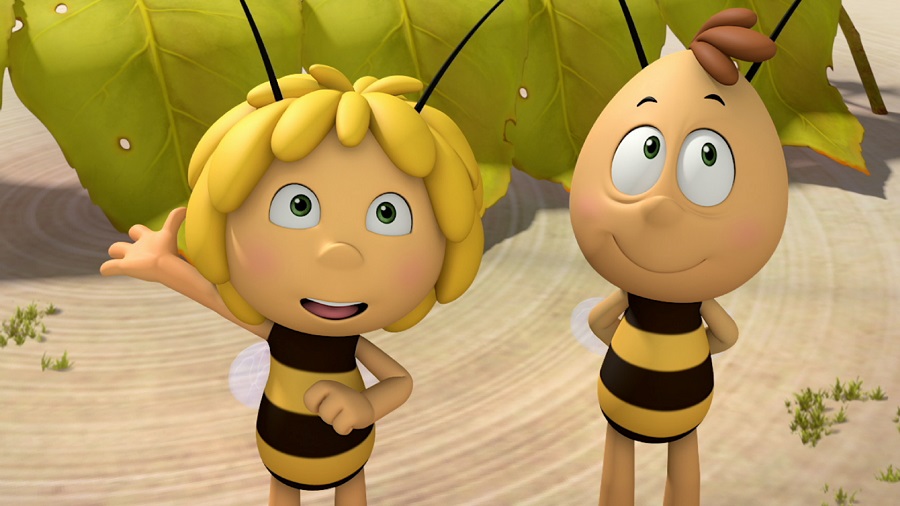 Studio 100 Media has reached an extensive broadcasting deal with Poland’s number one kids channel TVP ABC, containing more than 230 half hours of program. The deal includes seasons one and two of the CGI TV shows “Maya the Bee” (130 x 12’) and “Heidi” (65 x 22’) as well as the much anticipated new TV show “Arthur and the Minimoys” (26 x 24’) from visionary French creator Luc Besson. This CGI series is based on his internationally successful “Arthur” movie trilogy and is co-produced by Europacorp Television, Studio 100 Animation, Lagardère Group and Disney Channel Germany. It will be available in summer 2018.

“Maya the Bee” is a very popular brand in Poland, proven by currently more than 400,000 theatrical admissions for “Maya the Bee – The Honey Games”. The movie was released in early February 2018 and reached third position in the movie charts on its launch weekend in Poland. Total admissions have even passed the result of the first feature film “Maya the Bee Movie” which was released in Poland four years ago and drew about 373,000 visitors into movie theaters. The release of the second movie was supported by various marketing activities initiated by Polish distributor Monolith Films and Studio 100 Media, including a successful tie-in promotion with Indykpol on Jedyneczki sausage products, branded with “Maya the Bee”, that were distributed in more than 5,500 shops in Poland. The new licensing agent Planeta Junior will extend the licensing program for “Maya the Bee” and is already in negotiations with several distribution partners for the new toy line by Giochi Preziosi. Already on board as publishing partner is MSZ – Media Service Zawada Publishing for books and magazines.

The potential of “Maya the Bee” and the Studio 100 key brands has led the Studio 100 Group and the Dutch investor Momentum Capital to build the “Majaland” theme park in Kownaty in Western Poland. Reachable in only 90 minutes by car from German capital Berlin, “Majaland” will be the first theme park of this kind in Poland. It features an indoor theme park with a big outdoor section and is planned to open for public on 26th May 2018. The park will be the home to key characters like Maya, Vic the Viking, Heidi and Mia from “Mia and me”. In total, 25 attractions will appeal to kids aged 2-10 years as well as older kids and parents. During its first year the park will be operating every day, even on all public holidays. “Majaland” Poland will be the first theme park that the Plopsa Group, a subsidiary of Studio 100, will be opening outside of Belgium, The Netherlands and Germany, where it operates five theme parks, one water park and one theatre.

“Majaland Kownaty combines the magic of the well-known characters from Studio 100 with the adventure of more than 20 attractions for young and those young of heart. We are looking forward to welcome the first visitors in this brand new, one of a kind theme park!” – Steve Van den Kerkhof, CEO Plopsa Group.

“Maya the Bee continues to strengthen its appeal in many countries and especially in Poland we are very happy with the brand’s development. The deal with TVP ABC will extend the awareness that the performance of the second feature provided. And ‘Majaland’ will not only attract fans and families from Poland, but from Germany as well – adding more long term benefit to the brand.” adds Ulli Stoef, CEO of Studio 100 Media and m4e.