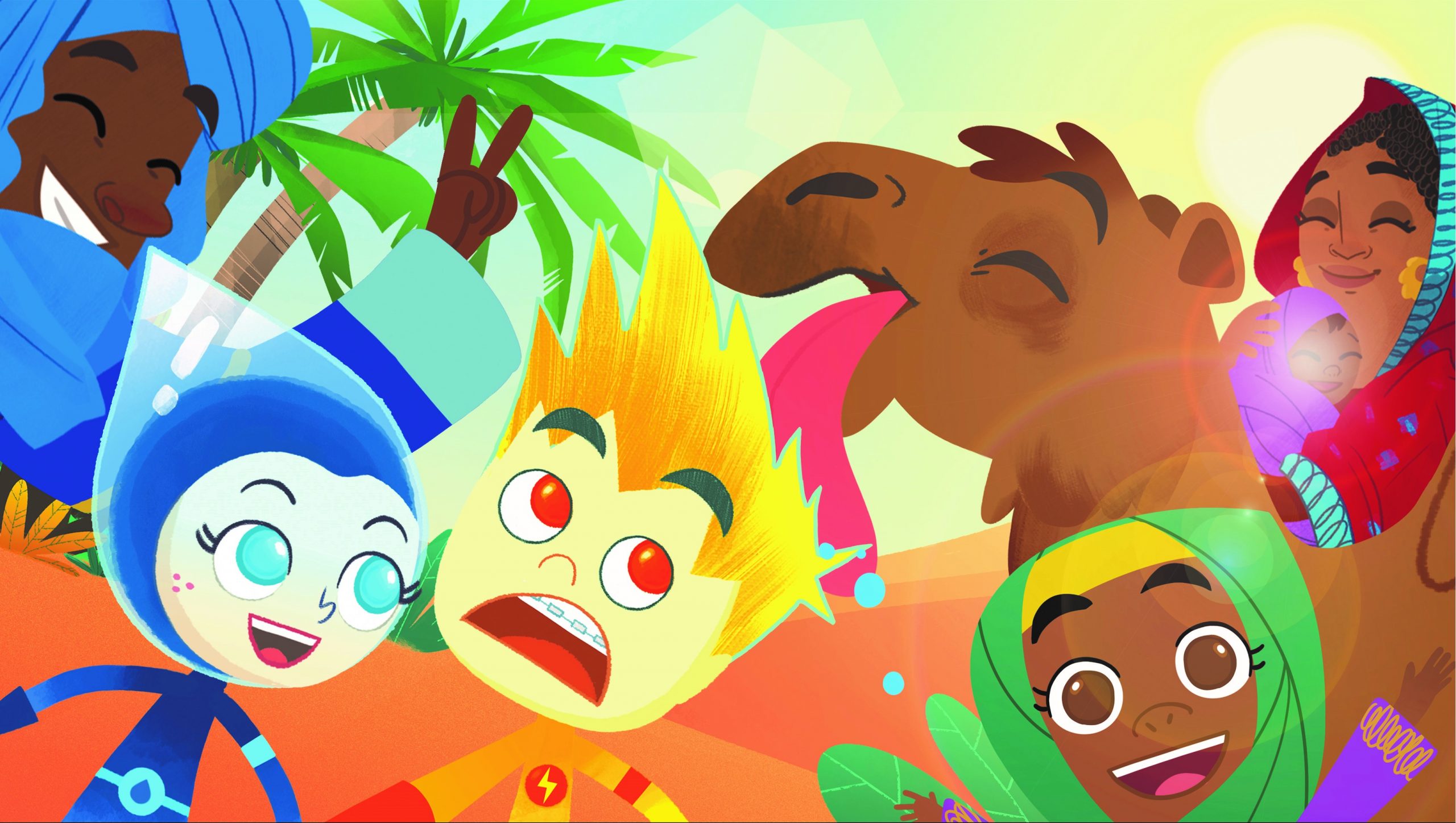 MeteoHeroes: to premiere in multiple regions throughout 2021

Mondo TV, one of the largest European producers and distributors of animated content, has announced the sale of its popular new environmentally themed kids’ adventure-comedy show MeteoHeroes to major broadcasters and partners in France and French-speaking countries, along with Turkey, the Baltics and the former Yugoslavia.

Mondo TV has signed an agreement with the Vivendi group-owned, French-speaking pay TV broadcaster CANAL+ to broadcast MeteoHeroes on its kids’ channel Piwi+ in both France and French-speaking territories, excluding Canada, starting from the 2021 Easter holidays.

MeteoHeroes is also due to launch in Turkey in May 2021 on Minika Çoçuk, a free-to-air children’s channel that is part of Turkuvaz Media Group. Aimed at a three-to-eight-year-old audience, Minika Çoçuk is one of the most popular channels with Turkish children and families.

These major names join a large number of best-in-class partners that have already been secured, most recently in Switzerland, where MeteoHeroes launched on Italian-speaking channel RSI La 1 – a free-to-air channel owned by public broadcaster RSI – in September. In addition, TV3 in the Baltic States will make MeteoHeroes available on TV and streaming services. In the former Yugoslavia, where a TV launch is set for the second part of 2021, Menart will manage media distribution for MeteoHeroes. Meanwhile, outside EMEA, Branding Streams is handling the media rights for the show in North America. More announcements are imminent.

The world premiere on Cartoonito in Italy on 22 April 2020 was accompanied by a major media campaign for the 50th anniversary of Earth Day, during which the show’s six superpowered young stars played their roles as ambassadors in the fight to protect our planet from climate change and pollution. The series launched on Cartoonito in July 2020 and aired continuously in primetime, further building brand momentum ahead of the launch of new episodes in October. MeteoHeroes consistently ranked in the top two of the channel’s biggest shows in the primetime slot during October and remains among the top contributors to the channel. Reruns started on 11 January 2021 and will continue every day until the launch of new episodes in March.

A MeteoHeroes podcast was made available to coincide with the launch of the new episodes in October. These funny and informative audio stories feature the familiar voices of the show’s six little stars via a medium that is very popular among young ‘digital natives’ – MeteoHeroes’ core target market.

And the podcasts have already enjoyed a strong response. The first five episodes were ranked Number One in Apple Podcasts in the Kids & Family and Stories for Kids categories for a number of weeks. Supported by strong on-air promotional efforts, the podcast was also a success on the Cartoonito App. The second five-episode batch was released exclusively on the Cartoonito App one month before Christmas, with the last episode made available on Christmas Eve.

At a time when many children are at home, this entertaining and informative show has an additional appeal – not just because of its content but because of extras like the educational clips at the end of each episode. These promote interaction with parents, important socially and psychologically at a time when social interaction is under pressure.

The show also has an appeal that goes well beyond its core target of four-to-seven-year-olds, with a narrative that is relevant in diverse ways to many different ages. In fact MeteoHeroes is the only animated series that combines scientifically accurate storylines about the environment, ecology and biodiversity with comedy and adventure, raising upper pre-schoolers’ – and their parents’ – awareness of climate change and pollution in a fun and entertaining way.

Matteo Corradi, Mondo TV CEO, says: “MeteoHeroes is already making a strong showing in the Italian market and we’re not surprised that its universally relevant theme of making our planet sustainable, combined with its humour and thrilling storylines, great and diverse characters, and a line-up that promotes gender equality, has attracted so much interest internationally. CANAL+, Minika Çoçuk, TV3, Menart and Branding Streams are all leaders in their fields, and we’re delighted to be partnering them. Over the coming months, we expect many other broadcasters and platforms to invest in this unique, entertaining and informational project that enriches and inspires its audiences.”