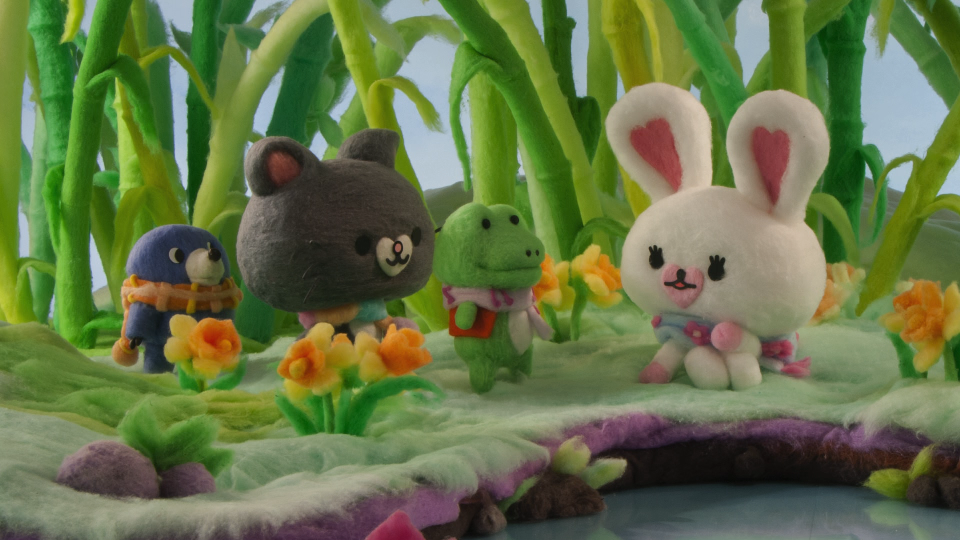 The first of three 26 x 5’ animated series – a total of 78 episodes – launched on Monday 20 May. Mofy airs at 7.55am from Monday to Friday on Universal Kids.

Although Mofy has been available in the US on OTT platforms, apps and online via YouTube, this is Mofy’s first-ever appearance on a linear TV service in America.

The animated series of Mofy, already broadcasting in over 50 countries, is the story of a lovable, fluffy rabbit who lives in a warm and puffy cotton ball. In every episode of this animated series she finds out something about the world around her, discovers and understands feelings and emotions, and learns to be kinder and braver.

Mofy is a co-production between Japan (SCP), Italy (Misseri Studio & RAI) and Germany (ZDF). The animated style chosen, using stop-motion techniques with real cotton puffs for the characters -– and even for the sets – is unique to the show and has proved enormously appealing to both very young children and many mums and young women.

This wide appeal has also led to Mofy enjoying massive licensing success in Japan – success that has been translated to the international marketplace. SCP is now appointing licensing agents for Mofy in a number of countries.

Takehiko Ohya, Global Business Group Licensing Manager, Sony Creative Products Inc., says: “Mofy’s arrival in the US market on a leading children’s channel in a primetime slot is a cause for celebration. We are sure the lovable rabbit’s success in so many countries will be replicated in the US and followed by an equally popular licensing campaign.”