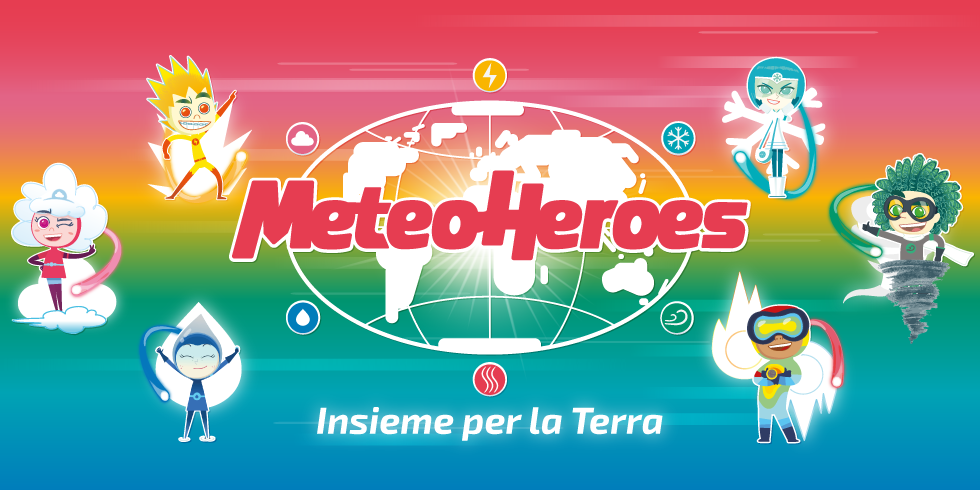 Mondo TV announces agreement with Clan for MeteoHeroes in Spain

Mondo TV Group, one of the largest European producers and distributors of animation content, has announced that it has signed a major broadcasting agreement with RTVE (Radio Television Española, the Spanish national broadcaster). RTVE will show series one of MeteoHeroes, the enormously popular environmentally themed animated kids’ show co-produced by Mondo and the leading Italian weather forecasting centre, Meteo Operations Italia (MOPI), in a number of its markets, starting with previews in the spring.

The contract covers not only television broadcasts in Spain on Clan, the popular RTVE channel dedicated to children, but also in Latin America on Clan Internacional, the RTVE kids’ channel for the Americas. This wide international coverage will also play an important part in supporting licensing and merchandising plans under way in these areas.

The timing of the agreement will allow Mondo to repeat the successful consumer product strategy adopted in the Italian market in 2020. With Panini Spain already on board for a wide range of products – including sticker lines, sticker albums, magazines and flowpacks – Mondo TV will soon be expanding its licensing programme into many other categories.

A key partner in this expansion will be the toy distributor, which will be announced soon. The arrival of the first MeteoHeroes toys in the market is scheduled for autumn 2021. Play Around, the master toy licensee, has developed a toy line that includes 3D figures, role play items and a playset. As well as being great fun to play with, the toy line will help kids to identify with the superhero stars in their fight against climate change and pollution.

This agreement with a major broadcast partner is an important new stage in the development of MeteoHeroes, both as a television series and as a highly innovative franchise that brings something new and different to the market. It follows hard on the heels of the recent announcement that MOPI and Mondo TV have already agreed to co-produce series two.

The first series has already been sold or confirmed into over 120 countries and was among the biggest hit shows on Cartoonito in Italy last autumn.

MeteoHeroes is the only cartoon in the world dedicated entirely to climate and environmental issues. Each episode focuses on issues related to ecology and respect for nature through the adventures of six superpowered kids who can control weather phenomena. Working alongside scientists and meteorologists at their futuristic HQ based in Gran Sasso Mountain National Park in Italy, the MeteoHeroes are trained to control their powers and fulfil their mission: to save the Earth.

Matteo Corradi, CEO of Mondo TV, said: “In a very short time MeteoHeroes has established itself as one of the leading series in our portfolio; in fact a second series is already being planned. This agreement with RTVE, a major partner in Spanish-speaking markets worldwide, is a very important development, not only bringing the show to millions of potential viewers in a large number of new markets but also boosting the reach of the ongoing licensing and merchandising campaign.”