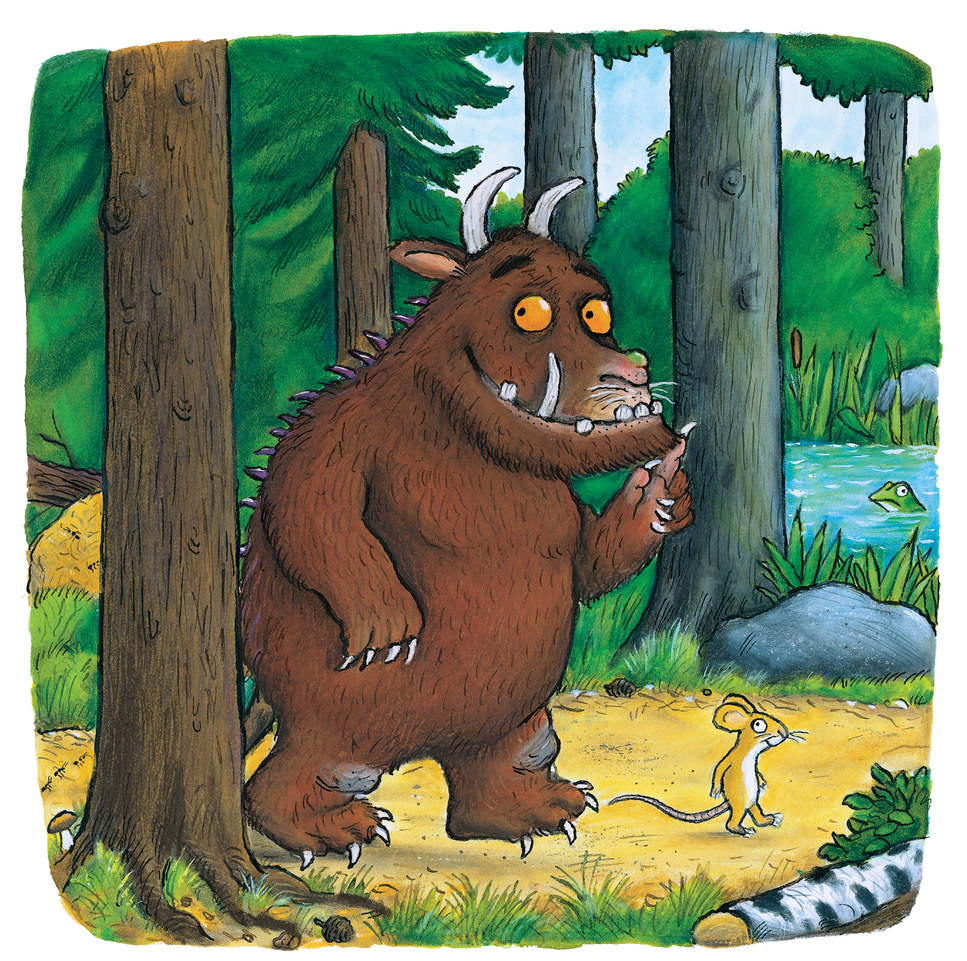 Mondo TV appointed licensing agent for The Gruffalo in Italy, Spain and Portugal

Mondo TV, one of the largest European producers and distributors of animated content, has announced its appointment by Magic Light Pictures as licensing agent in Italy, Spain and Portugal for the classic Julia Donaldson/Axel Scheffler creation The Gruffalo.

Julia Donaldson’s witty, enchanting writing and Axel Scheffler’s funny and memorable illustrations are today an essential part of many children’s early years, but of all their creations it is The Gruffalo that has most caught the public imagination.

The delightful tale of how a tiny mouse outwits a creature set on eating him, now celebrating 20 years since its first publication, has become a retail phenomenon, selling over 24 million copies in 78 languages and inspiring television and film adaptations, stage shows and multi-format publications. It also boasts over 70 licensees globally as well as many DTR relationships and a strong retail presence in department stores, supermarkets, book stores and independents. Carefully managed by Magic Light over the past 10 years, The Gruffalo has become an evergreen property, winning five licensing awards and over 30 nominations.

Managing licensing for this incredibly popular brand in three key European markets will offer a number of opportunities for Mondo TV, notably in areas such as toys, apparel, gifting, homeware, food and digital products. Promotional initiatives and brand partnerships have been enormously successful for The Gruffalo in other markets; these will also be pursued by Mondo TV.

This is the latest Mondo TV third party representation: the company already represents the plush sensation Feisty Pets in the Italian market. Both Feisty Pets and The Gruffalo were part of a strong portfolio on display at BLE last week, where visitors also heard about licensing for Mondo co-productions such as MeteoHeroes, House Of Talent: the Web Series, Robot Trains and Yoohoo.

Daryl Shute, Brand Director at Magic Light says: “The Gruffalo has grown significantly in European markets over the past few years, particularly led by Germany. We are really happy to be working with Mondo TV to continue widening the reach of licensing and merchandising across Italy, Spain and Portugal. It’s exciting to bring the brand to new families and we look forward to developing this partnership with Mondo TV.”

Valentina La Macchia, Mondo TV Licensing Director, says: “The portfolio of Julia Donaldson and Axel Scheffler creations is one of the strongest on the market and The Gruffalo in particular is a modern classic and a must in the library of every child. We’re delighted to be representing this wonderful property and we are thrilled to be working with Magic Light Pictures in the construction of a successful licensing program.”