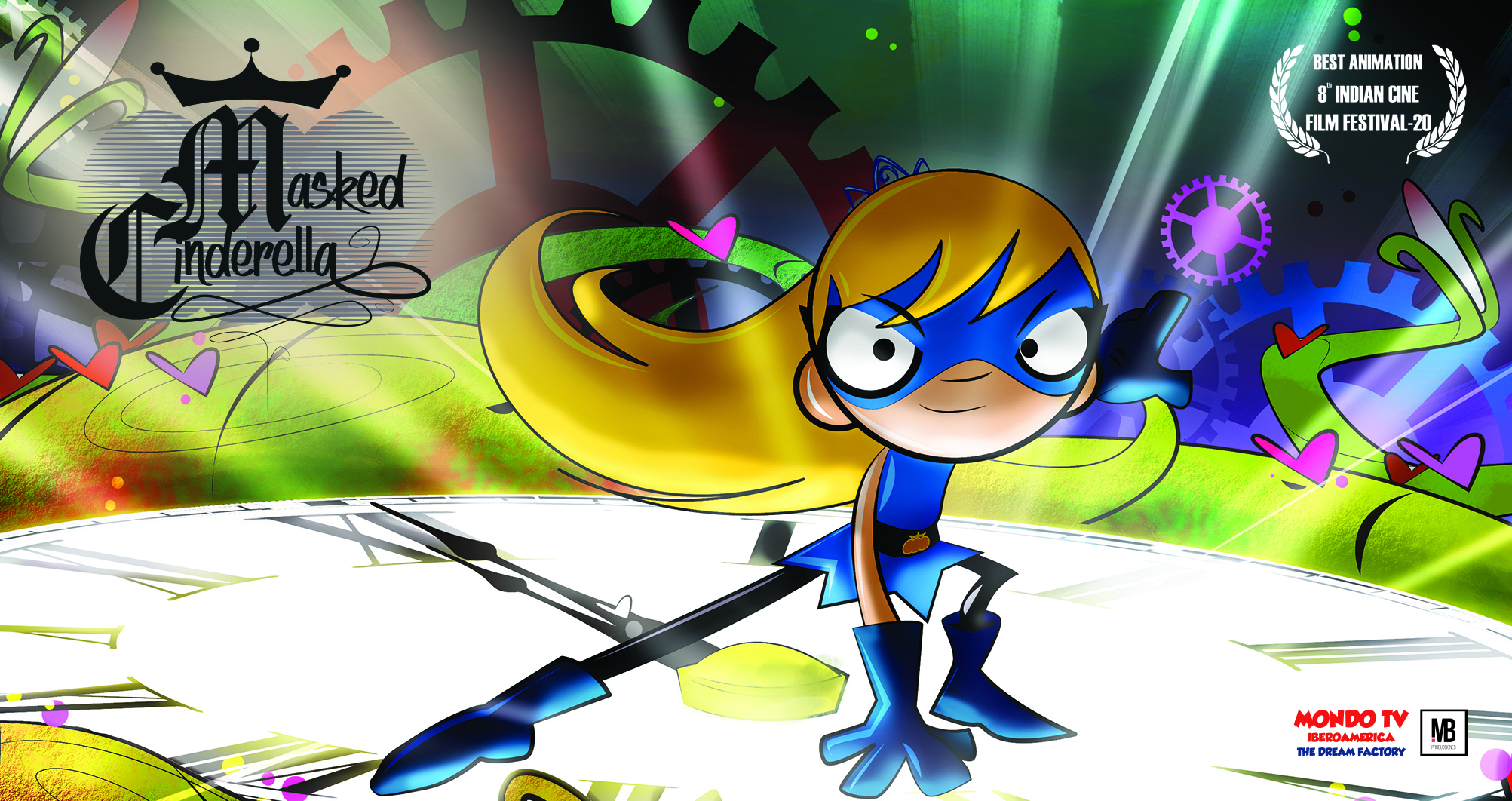 Mondo TV Iberoamerica, part of the Mondo TV Group, which is one of the largest European producers and distributors of animated content, is showcasing its new kids’ animated comedy Masked Cinderella in a number of important industry showcase events for broadcasters, programme buyers and financing and production partners. They include Cartoon Forum and the recent Indian Cine Film Festival, where it won a major award

Now in development, Masked Cinderella (26 x 22’), a 2D-HD animated comedy created and directed by Myriam Ballesteros and written by Txema Ocio, is a new and very modern take on the classic tale, full of magic, humour and adventure, aimed at a target audience between six and 12 years old.

The show is a co-production with MB Producciones, the production company founded by Myriam Ballesteros, who has been developing animated content for more than 20 years. Myriam Ballesteros, who originated and created the project, is an admired producer and director with a strong reputation in the audiovisual industry for highly original ideas. Masked Cinderella is its newest concept – and one of its best.

In this year’s reformatted Cartoon Forum the show will be pitched on a digital platform across three virtual ‘rooms’. Pitches will  appear on a digital platform following an established agenda. The first showing of Masked Cinderella is taking place on the opening day – the 15th of September – at 5pm in the purple room. The videos will be accessible until the 15th of October. Participants will be able to request a personal login to access them.

Although it is still in the early production phase, the show has already received an award. The pilot of Masked Cinderella (presented as Cinderella Swing) won the Best Animation Short award from the jury at the eighth Indian Cine Film Festival in August.

The buzz around Masked Cinderella is getting louder – and it isn’t surprising. Masked Cinderella is a very innovative concept that takes a well-known story and brings it right up to date in a highly original way. Its star is an ordinary 21st-century teenager with 21st century teenager problems – except that she lives in a magical kingdom whose inhabitants are all characters from classic fairy tales. Cinderella studies at the Brothers Grimm High School, with unique classmates like the rebellious Little Red Riding Hood, the antisocial Beast and the Little Mermaid, a famous influencer princess. What’s more, she lives with a foster family made up of her airhead stepmother and awful step sisters.

Most people think Cinderella is just an insignificant young girl. Little do they know that she is really the famous masked heroine who defends the kingdom from monsters and injustice – with a little help from her pal Merlin, the young magician’s apprentice.

Thrilling and funny stories, innovative animation, and evolving, growing characters will make every episode of this highly original series a must-see – and its combination of classic fairy tale-inspired ideas and modern settings make it perfect for multiple formats and platforms as well as diverse merchandising and publishing initiatives.

Myriam Ballesteros, CEO of MB Producciones, added: “We’re thrilled at the reaction to Masked Cinderella, which, even at this early stage, is very positive. This is a wonderfully original project but one with a universal appeal and we’re confident that it will continue to attract enthusiastic support from the broadcasting industry wherever it is showcased.”