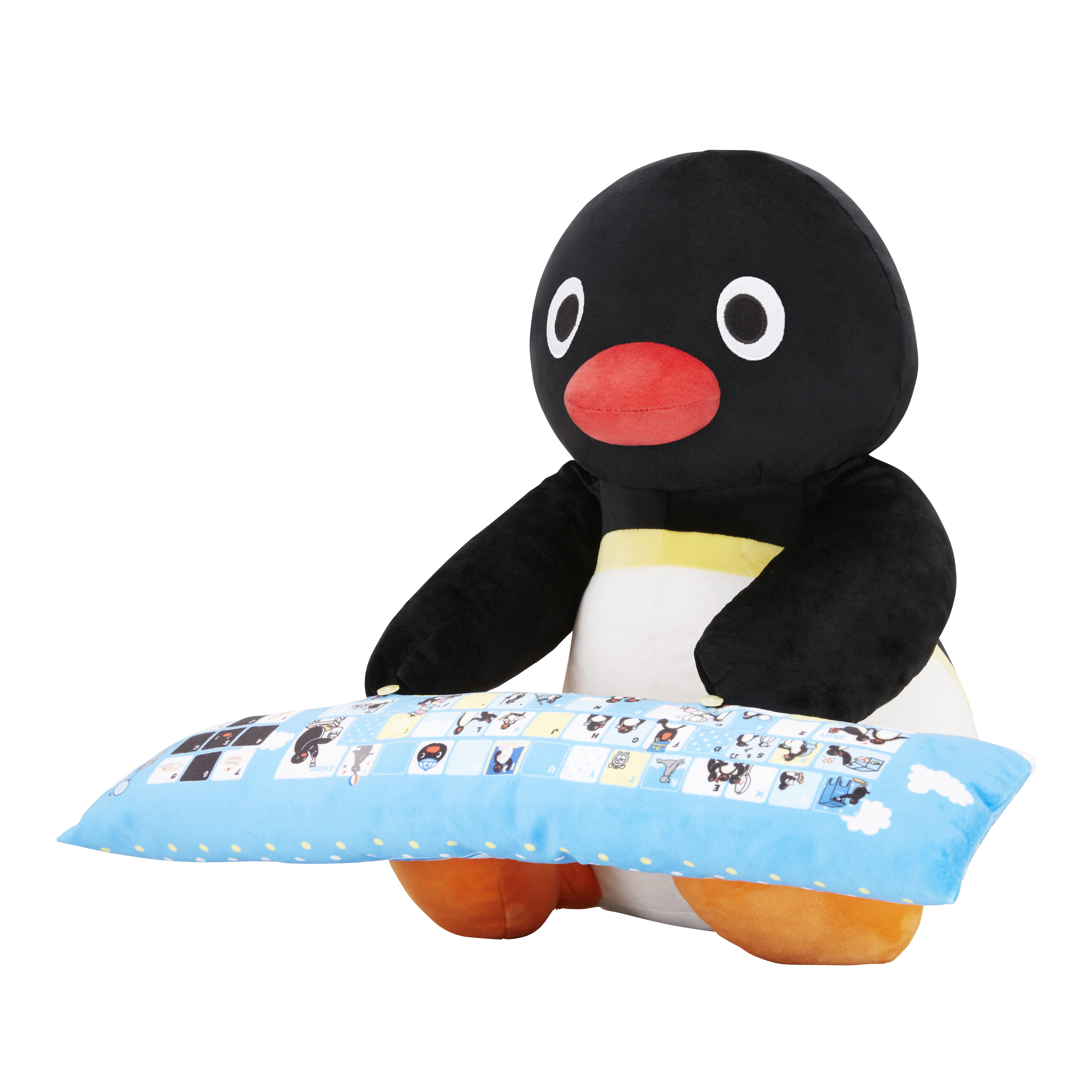 Tokyo-based Sony Creative Products Inc. (SCP), which manages licensing in the Japanese market for the much-loved little animated penguin Pingu on behalf of rights owner Mattel Inc, has announced the arrival at retail of a number of new licensed products inspired by the cheeky little penguin’s recent return to TV.

The latest output, which includes collectibles, mobile phone accessories, and a cushion and armrest, underlines the strength of the brand across multiple categories and the success of the new, entirely Japanese-made-and-produced computer-animated TV series Pingu in the City, which has now been broadcasting on the free-to-air NHK ETV channel for over 18 months.

T-Arts Co Ltd, a majortoy manufacturer, has produced two sets of Pingu collectibles. In one set Pingu, Pinga or Roby are hidden inside an egg and show their faces when a button on the eggs is pushed. There are six eggs in this set. The second set is made up of small plastic Pingu and Pinga figures, showing the two friends having fun, eating or relaxing. There are five items in the set.

Bandai Co., Ltd, a Japanese toy maker and a producer of a large number of plastic model kits, has produced a novelty mobile phone accessory called Pingu and Pinga Cable Bite. A user simply plugs in the charger and a tiny Pingu or Pinga attached to the cable makes sure it is connected by biting the phone! Charging your phone was never so much fun!

Also from Bandai, there’s the Pingu plush, cushion and armrest – a big, soft Pingu toy that you can use as an arm support while typing, a cushion for break time at home or office, or just a toy to cuddle.The armrest design attaches Pingu to a pillow keyboard so it looks like Pingu himself is typing.

Available in high street retail, major stores and online, these three items are just a few of a growing number of licenses associated with the new series.

Pingu in the City (two series of 26 x 7 minutes) launched on the NHK ETV channel – which is owned by Japan’s public broadcaster, NHK – in October 2017. This delightful new version of the Pingu story brings the cheeky, lovable penguin and his family from their small village to the big city, where Pingu meets many other fascinating penguins, finds out about what they do and – inevitably – gets into trouble.

The success of the new series in Japan is expected to extend into other markets after the announcement last year of a new distribution partnership for Pingu with Sony Music Entertainment España, S.L. (SME). The Madrid-based music publishing and distribution company will distribute Pingu in the City in a number of European and Latin American territories. A number of new broadcast partnerships are expected to be announced soon.

In Japan a number of collaborations and promotions have taken place in the past 18 months. They include a Pingu-themed café in Shinjuku, a Pingu-themed shopping event in one of Japan’s best-known and biggest shopping malls in early 2018, a Christmas collaboration with Sunshine Aquarium, a popular city aquariumin Tokyo, and a collaborationwith women’s lifestyle magazine Lettuce Club to come up with an original recipe themed around Pingu, his family and his friends.

Takeshi Nakamura, Global Business Group Licensing Manager, Sony Creative Products Inc., says: “The success of the new Pingu series on NHK ETV is already inspiring a strong licensing response in the Japanese market. We fully believe that the licensing success of this property will continue to grow in Japan and, as the series launches in other regions, around the world.”