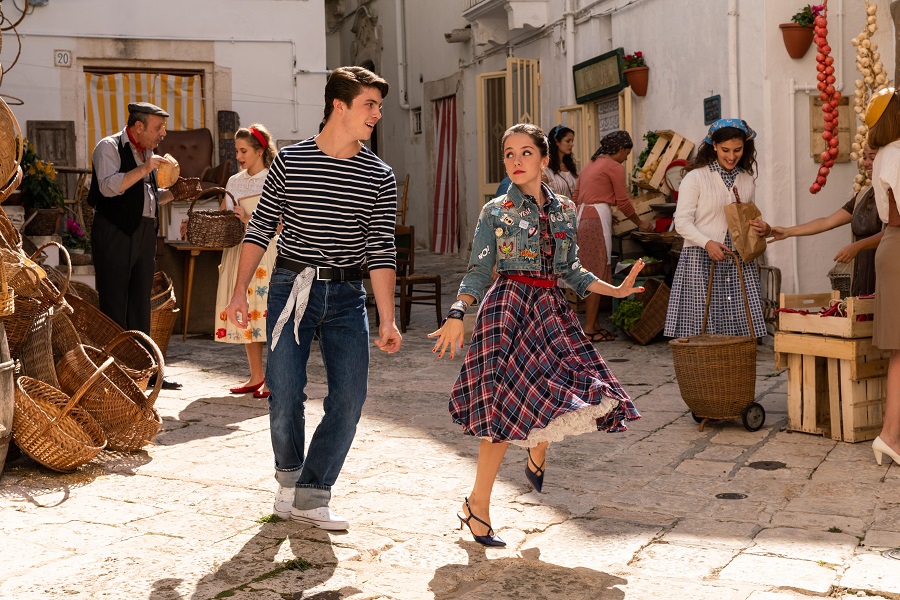 The series – which began taping mid-September, on set and on location, in the picturesque region of Puglia, on the Italian coast – will continue production over the coming months at Viacom International Studios (VIS) in Miami, Florida.

Club 57 follows Eva and her brother Ruben who accidentally travel to 1957.  They do everything in their power to return home until Eva falls in love with JJ and decides to stay in the past, triggering a butterfly effect that changes their lives for worse instead of better. With a mix of music, dance and time-traveling adventures, Eva must now “science” a way to return to the present day without giving up her first love.

The series features a pan-regional cast led by Venezuelan actress Eva Luna Montaner, in the role of Eva, Italian actor Riccardo Frascari as JJ, Colombia’s Sebastian Silva playing Rubén, Mexico’s Martin Barba playing Aurek, Venezuelan actress Angela Rincon as Sofia and from Chile, Carolina Mestrovic in the role of Vero, among others. In addition, the cast also includes the renowned Cuban-American actress Isabella Castillo and Colombian actor Andres Mercado, who return to the Nickelodeon screen after their participation in Nickelodeon Latin America’s Yo Soy Franky, Vikki RPM, and Grachi.

Music for the series will be composed and produced by Argentine-Venezuelan singer-songwriter Ricardo Montaner – multi-nominated Grammy artist and the recipient of the “Latin Grammy’s Award for Musical Excellence” and a  Billboard award, singer-songwriters and music producers Mau y Ricky – 2017 Latin Grammy nominees for “Best New Artist”, and Colombian singer-songwriter, Camilo Echeverri.

Club 57 is created by screenwriter Catharina Ledoboer, who has written multiple tween/teen hits for the network, including Every Witch Way (four seasons), WITS Academy and Talia in the Kitchen for Nickelodeon US; and three successful seasons of Grachi for Nickelodeon Latin America.

The series is a co-production between Viacom International Studios (VIS) and Rainbow Group and will be available for distribution globally.