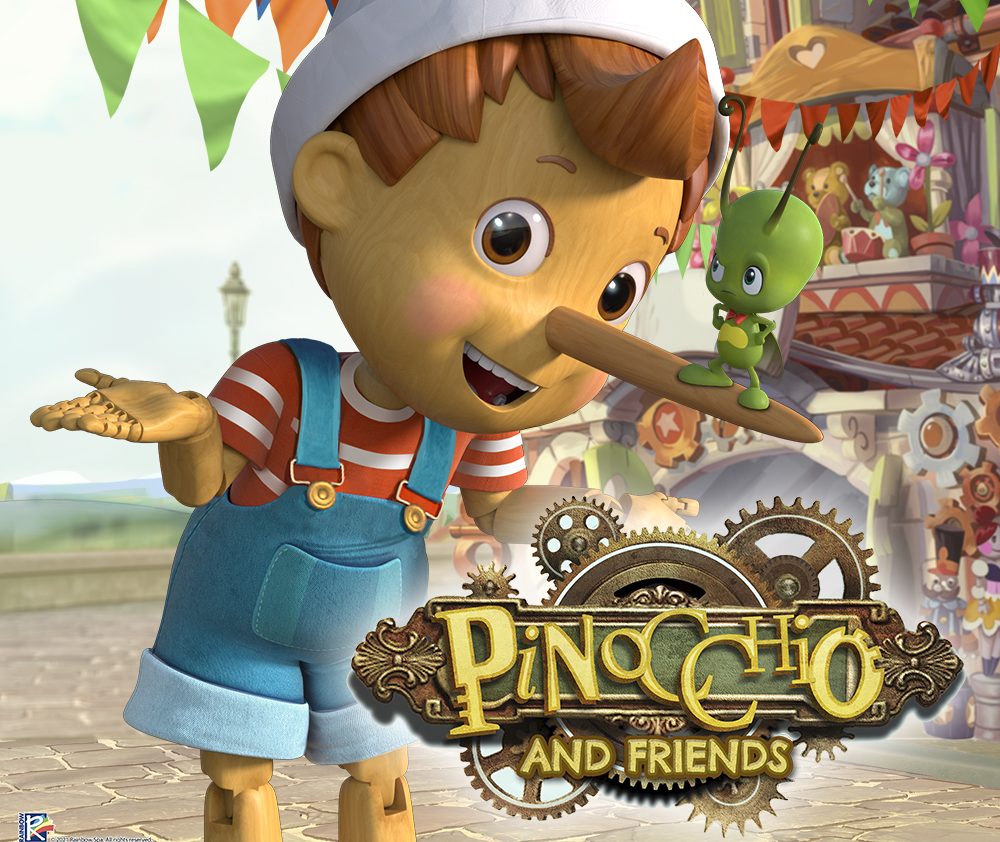 After captivating global audiences with the evergreen Winx Club and the award-winning 44 Cats, Italy’s animation pioneer, Iginio Straffi is ready to set a new milestone on the entertainment scene by partnering with global animation major Toonz Media Group for yet another highly anticipated success.

Italy-based family entertainment powerhouse inked a special partnership with global animation leader Toonz Media Group to produce a contemporary, amusing children’s series based on legendary Italian author Carlo Collodi’s masterpiece The Adventures of Pinocchio, the fairy tale which has inspired multiple generations of kids around the world. The 26 x 12’ CGI show is expected to hit the small screen by the end of 2021 and will be targeted at 4 to 7-year-olds.

“The new Pinocchio I imagined speaks to children in a light-hearted, educational way and empowers their dreams. Families will love this compelling series and kids will find their new TV hero in Pinocchio “, commented enthusiastically Iginio Straffi, Founder and CEO of Rainbow Group. “We are glad to partner with Toonz, combining the great expertise of both our solid and international teams, which will be indeed an asset of this great production for a worldwide audience”.

“Giving life to a world classic is always a challenge, but at the same time very exciting as well. We are happy that Toonz has got a great partner in Rainbow to take up this challenge and deliver Pinocchio as a top-notch series with very high-quality content. I am sure kids across the world will love and enjoy this show,” said P. Jayakumar, CEO of Toonz Media Group.

Paying tribute to Collodi’s avant garde work, Mr. Straffi reimagined a story that many studios have tried to adapt – but with fresh eyes and a modern twist.Rainbow’s visionary transports the classic character into today’s world of bustle and smartphones, filling his world with adventure, comedy, fun, and educational elements while bringing out the essence of what makes the original character of Pinocchio so inspirational and timeless.

Pinocchio is an enchanted puppet living in today’s world, one where anything is possible. He grows alongside his best friends – Grandpa Geppetto, the pirate doll Freeda and the Talking Cricket – as he dreams of one day becoming a real boy by following the advice of the Fairy with Turquoise hair. Characters from the original story are joined by new ones in a fantabulous setting that promises to bring fresh air to televisions around the world, and to the licensing market. While the pre-production, post-production and supervision operations will be carried out at Rainbow studios in Italy, the animation – from 3D asset creation to final LRC (Lighting, Rendering & Composting) – will be done at Toonz’s studios. Toonz will handle distribution rights of the show in the Indian sub-continent, South East Asia, Spain, and Portugal. Toonz will also hold the Licensing and Merchandising (L&M) rights of the show in the Indian sub-continent. Distribution and L&M rights in the rest of the world will be handled by Rainbow.