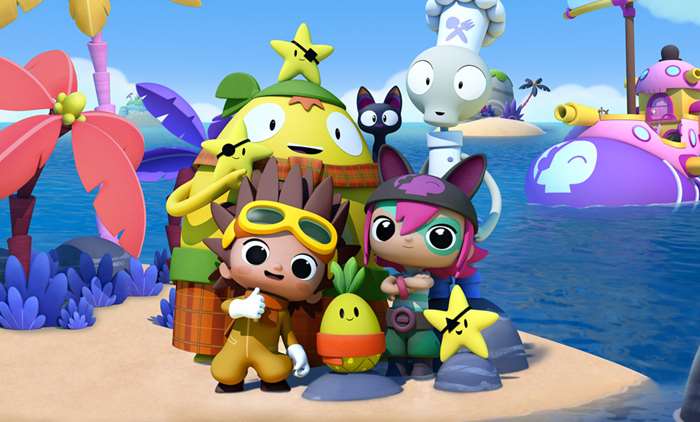 Pirato & Capitano Season 2 has been acquired by Milkshake!

Following the success of season one – which began airing on the channel late summer of 2018 – Milkshake! has acquired season two of Millimages’ preschool show, Pirata & Capitano.

Consisting of a further 52 x 11 minute episodes, the new season will continue to follow the crew of the ship, The Pink Skull, as they carry on with their never-ending quest for treasure across the islands of the Great Sea.

The new episodes are scheduled to air in 2020.

“We are delighted that Milkshake! have come back for the second season which is currently in production,” said Ian Wickham, director of Licensing Link Europe, which is building the licensing programme for Pirata & Capitano in the UK and Ireland. “The first season has proved to be an outright success. With more storylines, more action and more adventure to come, we are very much looking forward to what season two brings, as well as the impact that this will have, as we continue to build out a promising licensing programme for the property.”

In 2018 Milkshake! achieved its highest-ever year among kids 4-15, with Share up 8% Year On Year. In 2019 to-date, Milkshake continues the trend and Share For Kids 4-15 is up by +18%.  Milkshake! ranks ahead of all channels on the Kids EPG during its daypart. It is the free to air home to the top two properties overall in the Kids market, Peppa Pig and PAW Patrol.