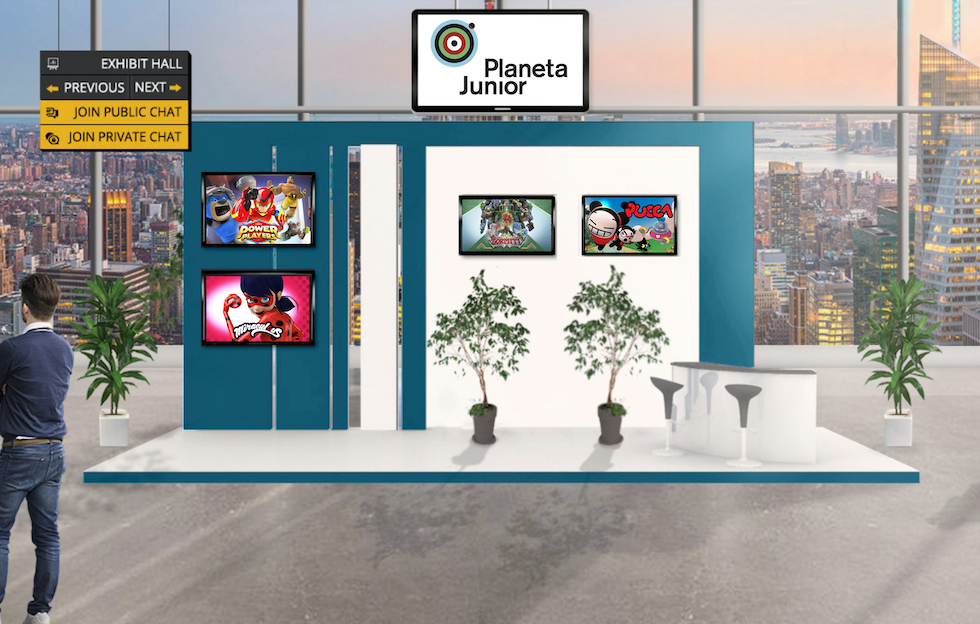 Planeta Junior, European leader in entertainment for children and young people, will attend the virtual Licensing Week trade fair. This event will bring the world’s licensing industry together between 15 to 19 June

The Licensing Week Virtual fair was launched to reunite the global licensing community while it’s impossible to network or sign deals in person.

Over 5 days, licensing companies will have a virtual space that allows them to contact retailers, manufacturers and the media, to take part in the online fair, virtual conferences, educational and thematic seminars, and to network.

The Planeta Junior virtual stand will present updates for a range of its brands: Gormiti, Miraculous: Tales of Ladybug & Cat Noir, Power Players and Pucca.

Planeta Junior has responded to the current Covid-19 pandemic by reinforcing digital and adapting to new scenarios like Licensing Week.

Gormiti is a new animated series co-produced by Planeta Junior, Giochi Preziosi and Kotoc. When four kids from the kingdoms of Gorm go looking for a Lost Tower, they set out on the most epic and entertaining adventure of their lives: the Return of the Gormiti!

Miraculous: Tales of Ladybug & Cat Noir is a CGI animated action comedy series broadcast in over 120 markets. Marinette may look like a normal teenager, but she leads a double life. By day, she dreams of her adorable Adrien, and by night she turns into super-heroine Ladybug. But Marinette couldn’t possibly imagine that Adrien also has a secret identity: Cat Noir. Neither hero knows of the other’s identity, but they always run into each other on their adventures.

Power Players is a team of secret toy heroes led by Axel, a boy who discovers the Power Brandz, which turn him into a toy-sized action figure: Action Axel. He and his team of living toys fight the destructive ‘fun’ unleashed by Madcap the robot and his gang of broken toys. Axel must save the world and his friends while keeping his toy identity secret.

Pucca is the lifestyle brand created by South Korean company Vooz, based on the iconic character who’s been a hit in 170 countries. Pucca is back to win young adults’ and millenials’ hearts with her bravery, daring, fun, lack of prejudice, and the great message of love grounded in being yourself. Pucca also stars in a highly entertaining TV series.