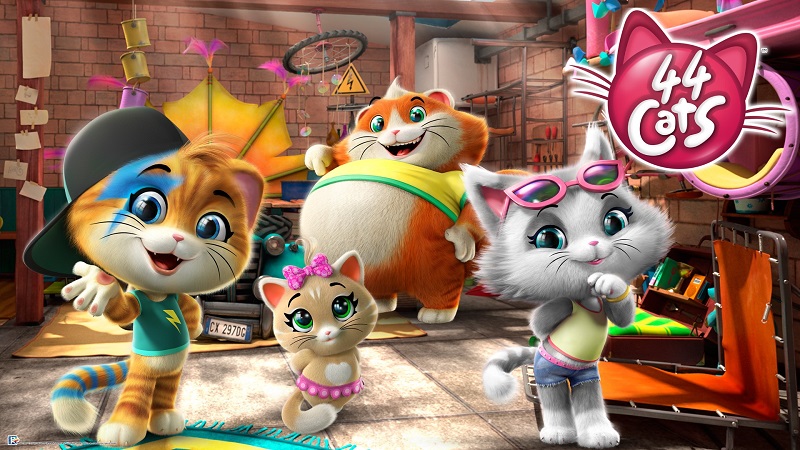 Content powerhouse Rainbow has signed a major broadcasting agreement for its new hit property “44 Cats” with Nickelodeon, one of the most globally recognized and widely distributed multimedia entertainment brands for kids and family.

Nickelodeon International, a long-term Rainbow partner that has broadcast a number of Rainbow properties, will broadcast the 52 x 13’ animated comedy for kids internationally around the world from 2019.

A Rainbow production in collaboration with AntonianoBologna, 44 Cats follows the adventures of Lampo, Milady, Pilou and Polpetta and their band The Buffycatsas the four homeless kittens find shelter in a garage, which they transform into a clubhouse. This big-hearted series promotes upbeat, can-do attitudes, and conveys a positive message to its target audience of three-to-six-year-olds in an original and entertaining way.