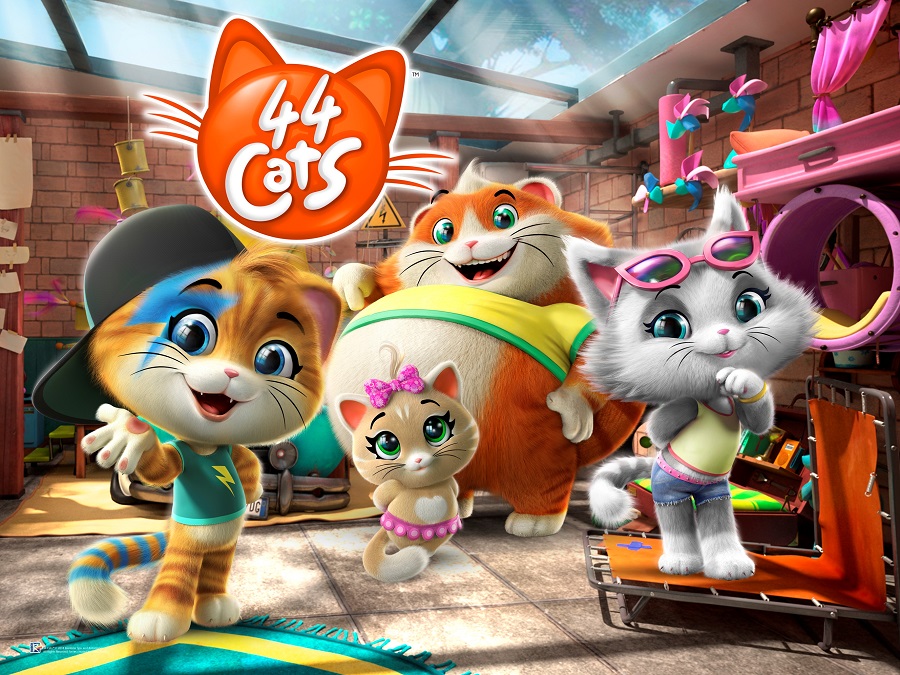 The show is a sumptuous 52 x 13’ CGI preschool comedy series that follows the daily adventures of Lampo, Milady, Pilou, and Meatball – four adorable musician kittens who are part of a music band named The Buffycats. The four protagonists live in the Clubhouse, a garage inside caring Granny Pina’s house, and love helping others with their ever creative solutions to everyday hitches.  Their adventures explore the themes of friendship and altruism, tolerance, diversity and acceptance.

France Télévisions is one of Rainbow’s strongest broadcasting partners and will screen 44 Cats on France TV channels from September 2019.

“We are very happy to partner again with Rainbow on this joyful and positive preschool series”, says Claire Heinrich, Head of Youth Programs Acquisitions at France Télévisions. “We were attracted by the stunning quality of animation and the simple, feel-good stories associated with physical comedy that embrace care for others, kindness, and inclusiveness – all positive attitude that we like to encourage – in a funny and musical way! Those cats are simply irresistible!”

“We are delighted to announce this deal with France Télévisions – who have been a long-standing partner,” says Andrea Graciotti, Head of TV Sales at Rainbow Group. “We are very excited to be working on this new collaboration together, which will see 44 Cats become the biggest pre-school hit in years across France!”