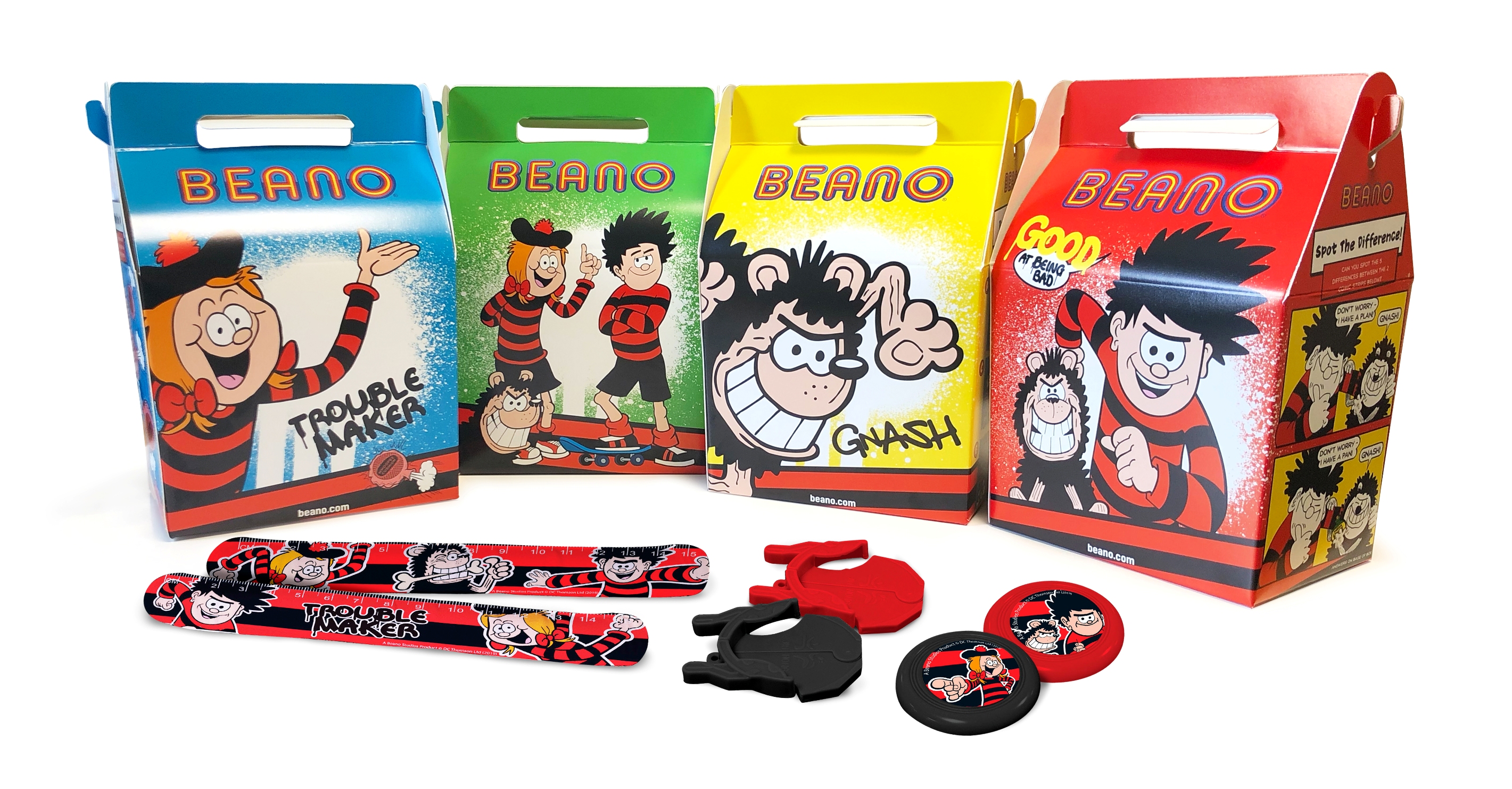 Rocket Licensing, licensing agent in the UK and Ireland for Beano, one of the best-known and most recognisable brands in children’s entertainment, has announced four new licensing agreements and a major meal promotion on behalf of brand owner Beano Studios.

Art publisher Covell Publishing is targeting adult fans of the classic Beano as well as graffiti art enthusiasts with high-price-point pieces by Sleek Studio, a street artist who blends modern street art with iconic and well-loved characters from childhood comics. The limited-edition prints and original artworks will be sold in galleries, online and at independent and high-end outlets from this spring.

RMS International, developers of toy, activity and gift items for a wide range of grocery, online and high street retailers, will shortly be launching a range of pocket money toys that will be aimed at children, particularly boys, aged around 6 to 10. The range will include items such as pea shooters, slime pots, whoopee cushions and mini water pistols and use graphics and style guide-based inspiration from Beano TV’s Dennis & Gnasher: Unleashed!, giving the products a fun, young look.

Texco has also been newly licensed to produce a range of bedding and home textiles – starting with an adult double duvet set – using classic Beano artwork. Meanwhile, more children’s and adult’s textiles are to be developed and sold through grocery stores, online, on the high street and at independent shops.

A further deal has been secured with craft magazine and craft product specialist Practical Publishing International to create covermounts and crafting patterns within the publisher’s range of soft craft magazines. With wide distribution across high street, grocery, book sellers, independents and online, as well as internationally, Practical Publishing will be developing a series of kits and crafts to launch from summer 2019.

Alongside the new licenses, KeCo Ltd, a specialist in innovative food service packaging, is launching a new campaign this summer. Themed children’s meal boxes in four classic Beano designs will include an activity sheet and premium promotional product. Approximately 360,000 to 400,000 boxes will be branded with Beano characters and promoted at outlets across the UK.

Beano has become a national treasure since its launch in 1938 as a weekly children’s comic. Trusted by four generations of parents and loved by kids it introduced children to a universe of iconic characters including Dennis and Gnasher, Minnie the Minx and Bananaman.

Rob Wijeratna, Joint Managing Director of Rocket Licensing, said: “One of the longest-running and most successful children’s brands is stronger than ever, and these new deals add to a well-established licensing programme for Beano. We’re delighted to welcome these major names on board across some exciting new categories and are looking forward to maximising the potential of this brand further going forward.”