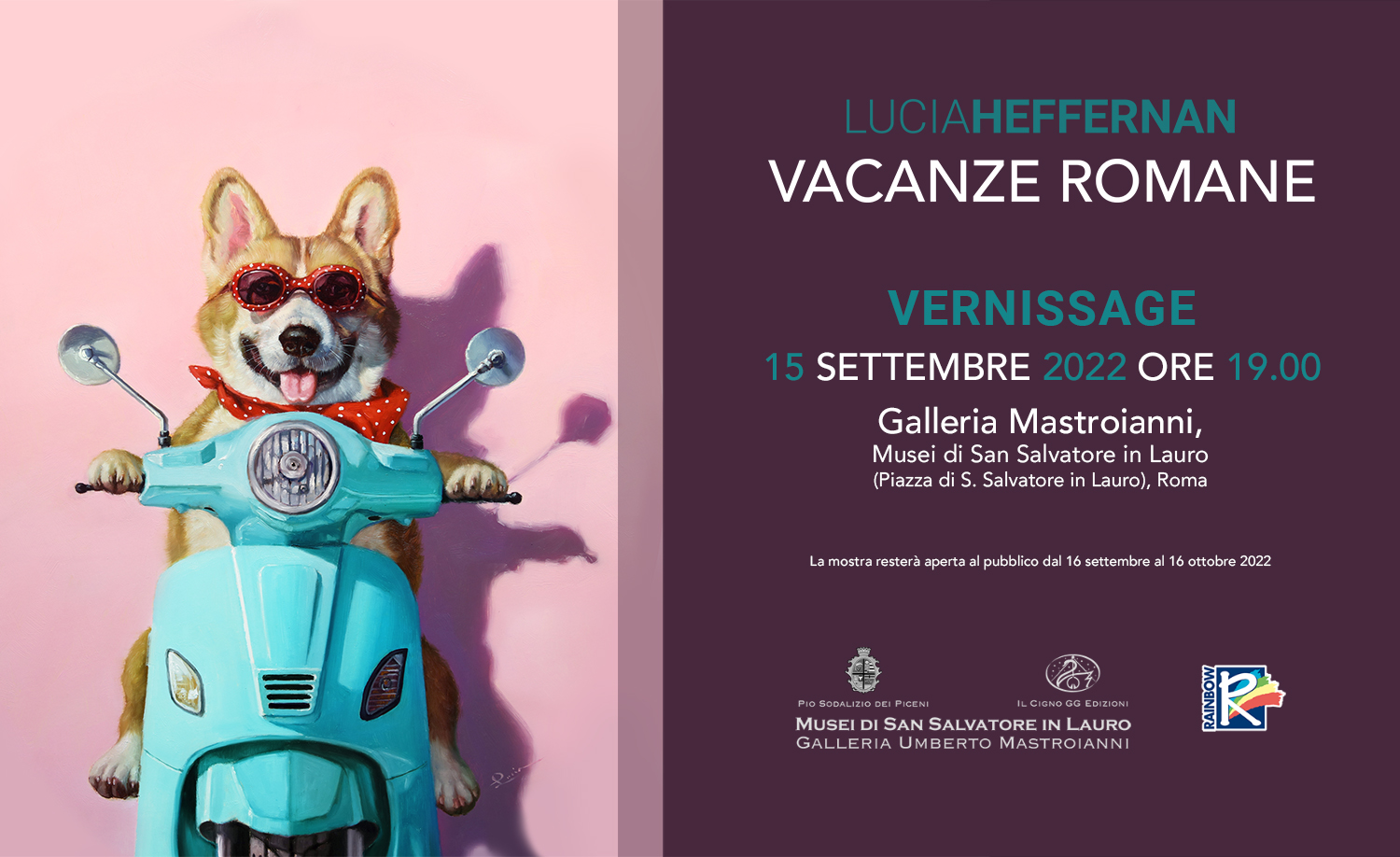 Lucia Heffernan’s work always moves on two levels: on the one hand, the desire to give a voice to the animals she loves; on the other, the ability to convey emotions that the viewer recognises as her own.

Her works testify to her constant research and exploration of the animal world, to which she tries to give voice, shedding light on it through the typical emotions of human beings. Imagining how animals might behave if they were in human situations, Heffernan brings to the canvas scenes that highlight animals’ innocence and primitive instincts. The encounter between animal and human sensibilities results in extravagant and theatrical imagery, often rich in humour, that stimulates the viewer to relate to the images on a deeper level.

This is the reason for the worldwide success of works such as her ‘Yoga Chick’ series, ‘Norman Catwell’, ‘Golden Age’ and many other imaginary portraits of animals in which the viewer can instantly recognise the feelings and cultural implications of our time.

Forty works, created in oil on canvas-wrapped panel and selected by curator Marco di Capua, will be exhibited from 16 September to 16 October 2022 at Galleria Mastroianni in San Salvatore in Lauro Museum, Rome. “Lucia Heffernan’s works,” explains Di Capua, “are striking first and foremost for the immediacy of the reactions they arouse, allowing an instantaneous emotional attunement between observer and pictorial subject. A relationship that becomes even more interesting when the lightning-fast communication of sensations is blended with the density of the oil painting style of the American tradition”.

The Taiwanese-American artist living in the USA has made this versatility the signature feature of her work.

Calling herself, with an English play on words, a ‘graphic designer’ by trade and an oil painter by ‘design’, Lucia Heffernan combines instincts, humour, drama, and innocence in an unpredictable manner, with the explicit purpose of bringing a smile, at times cheerful, at other times  tinged with sweetness and melancholy, to the eyes of the viewers.

This is how she experiments with different styles, finding a balance between contemporary realism, personal artistic sensitivity, technique, and a sense of humour.

The exhibition is organized by Il Cigno GG Edizioni and Rainbow.