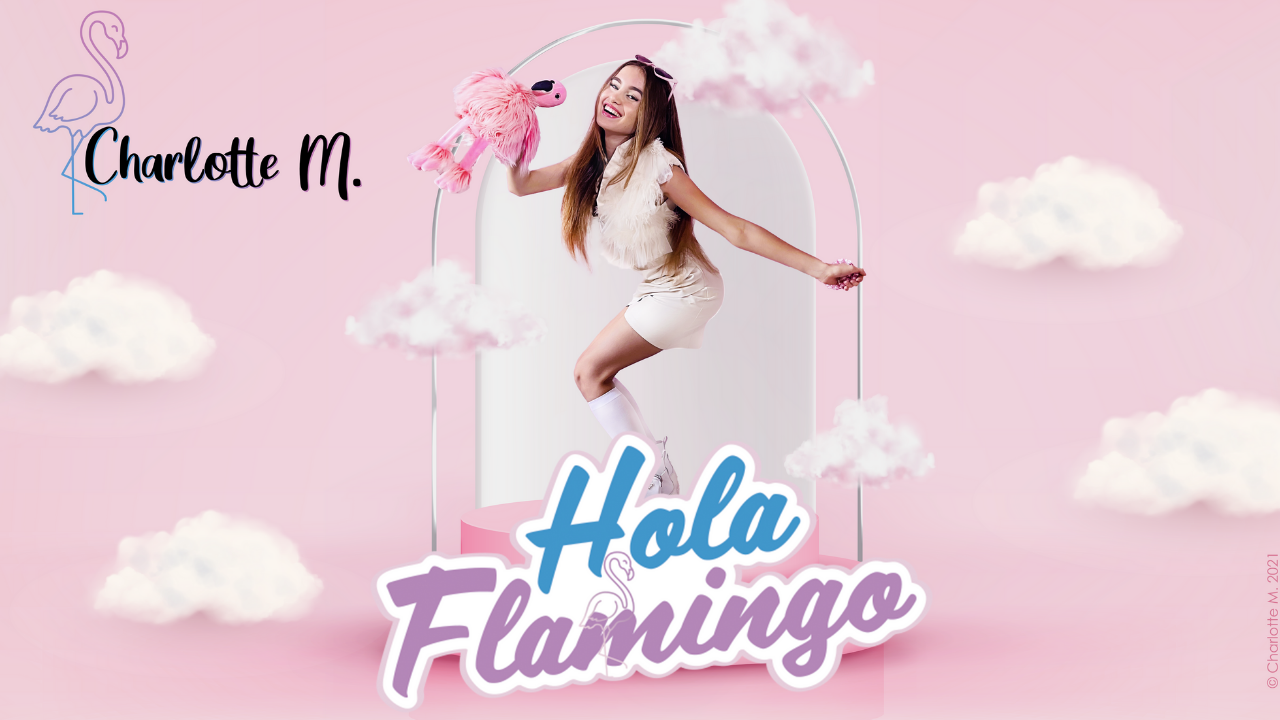 “Hola flamingo,” the new song by Charlotte M., the young web star who boasts sky-high numbers on the social media beloved by Generation Z, was released on October 24 and in just 3 days has reached 250,000 views on YouTube (https://www.youtube.com/watch?v=1-XT-OdxIuc)

The song is also available to stream on Spotify, where the performer’s previous tracks, “I love you” and “Buum Buum,” are also featured.

Her passion for music will lead her to release more songs in 2022 as well, including in other languages, such as English and Spanish.

The title of this new song is inspired by her fan base: in fact, at the beginning of each of her videos, Charlotte greets her fans by calling them “flamingo”, on the wave of the symbol that now distinguishes her, the flamingo.

The plans for 2022 do not end, with Charlotte dubbing two animated films, filming the movie adaptation of her first book and a serialized TV series for her fans.

Maurizio Distefano Licensing is the World Wide licensing agent for Charlotte M. and has closed several contracts with important Italian companies to bring Charlotte M. products to the market.