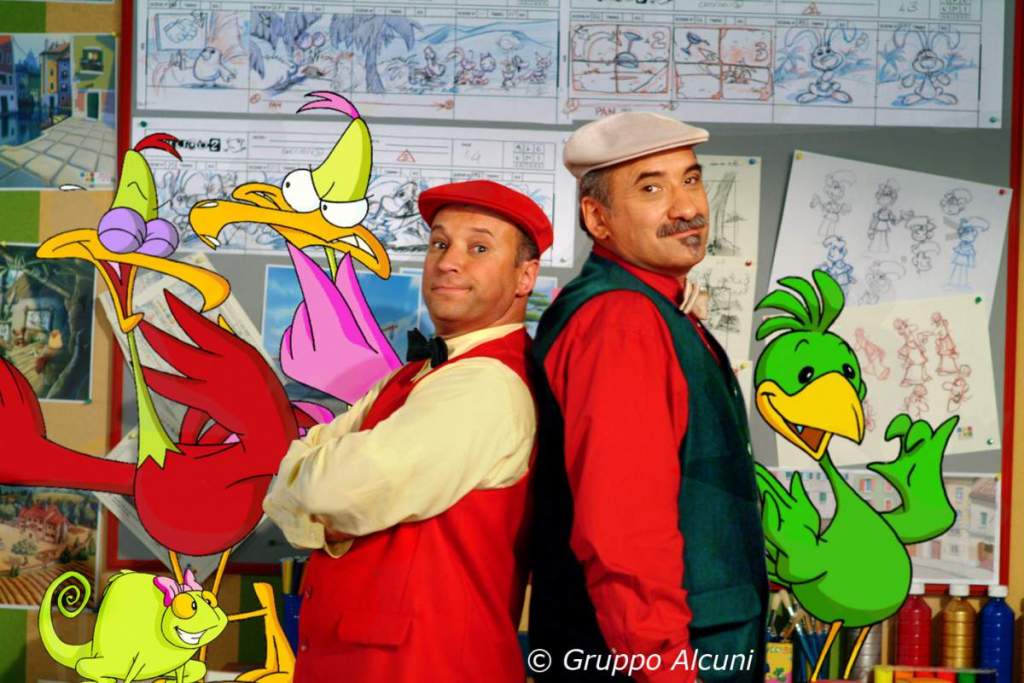 And Yes It Moves

AND YET IT MOVES: Four series, for a total of 52 episodes, which combine animation and live action. The result is an extraordinarily innovative production which is both highly educational and entertaining.

The episodes are set in a colourful animation studio in which the protagonists – the grumpy Head Artist, his clever Assistant and their helpers – interact with the young viewers: in the first series by teaching them how a cartoon is made; in the second by encouraging their creativity; in the third by stimulating their observation skills.

The fourth series is dedicated to Galileo Galilei whom our heroes meet in “cartoon” form. The famous scientist’s telescope becomes crucial in imagining what will happen to our planet if more attention isn’t paid to the environment.
13 modern fairytales are narrated which deal with themes such as water, rubbish, pollution, alternative energy sources, etc.
At the end of each episode a space is dedicated to scientific experiments which can easily be recreated by young viewers at home.

The series is produced with the support of the Educational Sciences department of the University of Padua.