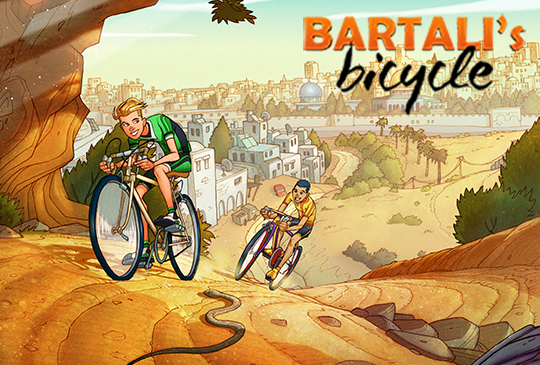 In the darkest times of Italian history, the unforgettable cycling champion Gino Bartali saved hundreds of Jews by transporting counterfeit identity papers hidden in the frame of his bike

60 years later Bartali’s bicycle becomes the instrument and symbol of the cycling victory of David, a smart and sensitive Jewish boy, a determined athlete who accepts the challenge of winning together with his Arabian friend Ibrahim, violating the rules but making peace and tolerance triumph between their communities.

A project of great value, which aims to tell children and families about the role of a silent hero like Bartali. His gesture of yesterday, in times of war, is reflected in the contemporary reality of Israel in a new perspective, offering the close-knit team of David, Ibrahim and Khalid, the truest sense of altruism and inclusion.

History, adventure and comedy come together in an engaging narrative.