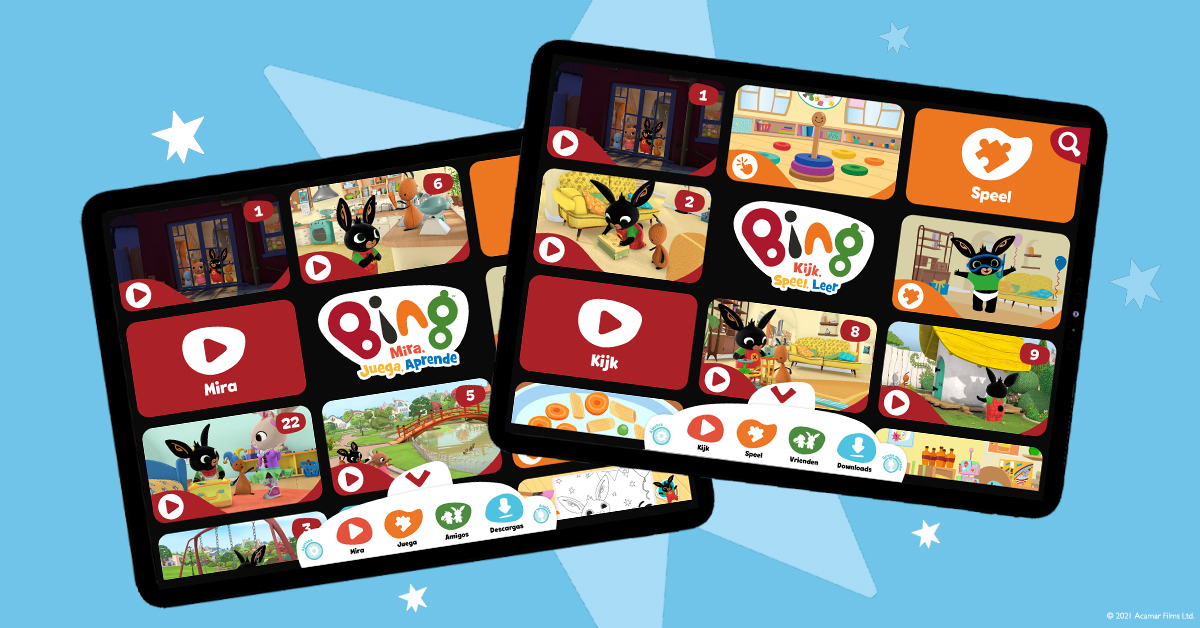 Initially launched in September 2019, the app – which has been downloaded over 1 million times across three territories (UK, Italy and Poland) offers safe, ad-free viewing of all Bing episodes, in addition to Bing learning games and activities, specially designed to help children develop their imagination, creativity and motor skills.

The Spanish app, Bing: Mira, Juega, Aprende, launches at a time when awareness of Bing in the territory is at an all-time high thanks to multiple content platforms and the launch of the CP programme.

The Dutch app, Bing: Kijk, Speel, Leer, is launching in the Netherlands, where Bing is enjoying phenomenal master toy success.

Claire Brossard, Acamar Films’ Director of Digital Product, said: “Bing: Watch, Play, Learn has enjoyed exceptional success since its launch just over 18 months ago and we are thrilled to continue our international roll-out in Spain and the Netherlands. Spanish and Dutch languages are natural next steps for the app, as we look to move and delight more families, enabling them to interact with Bing like never before, whenever and wherever they want.”

The English-language version of the app has also recently launched in Canada and Ireland as part of the global roll-out. A key part of Acamar Films’ extensive commitment to world-class, audience-centred digital content, Bing: Watch, Play, Learn sits at the centre of Acamar Films’ multiplatform approach to building audiences.