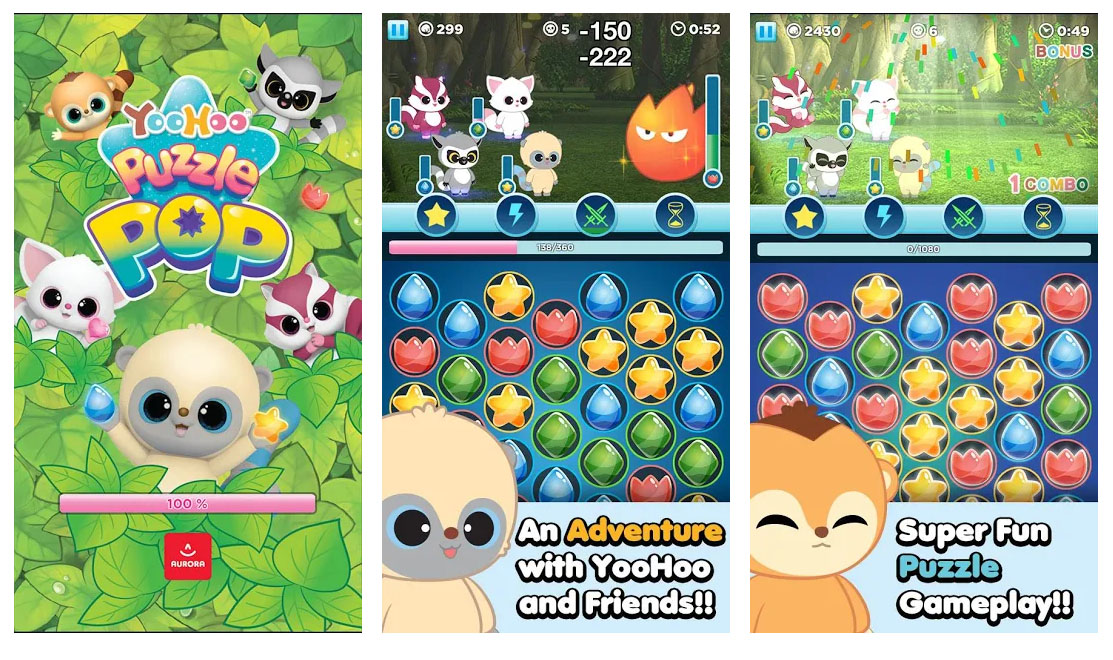 Aurora World, a leading character and content company and owner of the globally successful YooHoo brand, has announced the launch of a number of YooHoo mobile applications planned for this year. They are available on a variety of platforms, including Google Play and the App Store.

Already available for download are a colouring book, an augmented reality (AR) sticker and a puzzle game. A number of other applications will launch in winter this year.

The first YooHoo mobile application to launch was the YooHoo & Friends Coloring Book which arrived in March 2019. It offers the chance to meet YooHoo characters from the new animated series YooHoo to the Rescue in a mobile application and colour in more than 270 character sheets using various colour palettes. Developed by Yea Studio, a Google Play Award winner, it is available (in 11 languages) in the App Store and Google Play.

Launched in May, the Samsung Augmented Reality (AR) Sticker offers ten different YooHoo themes that can be used in a variety of Samsung apps. It was developed by Samsung AR sticker partner Sears Lab, which has collaborated with Disney, Pixar and Pinkfong Baby Shark, among others. AR stickers allow users to drop animated characters into the frame a camera is capturing. The YooHoo sticker app is now available in Samsung smartphone cameras (Galaxy S8 and Note 8 series onwards) in 185 countries.

The third recent launch is YooHoo Puzzle Pop, a fun and exciting puzzle game with colourful line-up of characters. Developed as a collaborative project between Aurora World and Powercore, the game will focus on characters, collectability and new adventures. It is currently available on Google Play in an open beta stage. Aurora World plans to release the full public version on both Android and iOS in Q3 of this year.

But this is just the start! More applications are now at the development stage and all set for launch this winter. They include YooHoo Minigames (from Dev Game), character collecting apps (from Tap Tap Tales) and – from butterfly-effected GmbH – digital content that includes digital wallpapers, icon packs, themes, stickers and watch faces.

These are the latest in a growing number of licensed products across the world related to the enormously successful YooHoo brand, as Aurora celebrates the arrival of the all-new animated series YooHoo to the Rescue on Netflix and a number of TV channels in Italy, Poland, Russia, Spain and Portugal (including Frisbee, Canal Panda, Clan TV, Carousel and TVP ABC) with an expanded licensing and promotion campaign.

As well as a new plush range based on the series, there are several products launched or ready for launch in territories worldwide from a number of licensees, including Panini (stickers, mini figurines, trading cards), Nuvita (baby products), Apple Beauty (toiletries), Kennedy Publishing (magazines), and, of course, Dev Games and Yea Studio (mobile apps).

There has also been strong promotional activity including a live show in China, a renewed sponsorship campaign with the UK’s popular family venue Chessington World of Adventures Resort, a YooHoo meet-and-greet event on the popular Channel Island holiday destination Herm, UK partnerships with WHSmith, John Lewis and Rainforest Cafe, and a major plush launch in two Hamleys stores in Japan. More launches are planned or under way around the world following the YooHoo to the Rescue Netflix global premiere.

The new 3D CGI 52 x 11’ animated children’s show, YooHoo to the Rescue, an Aurora World co-production with Italy’s Mondo TV, launched its first season of 26 episodes on 15 March 2019, broadcasting in 20 different languages and showing in 190 countries. YooHoo to the Rescue is one of the first Asian pre-school IPs to be produced as a Netflix Original Series.

Jay Noh, Director of Content Business, Aurora World, says: “With its striking design, colourful characters and engaging storylines, YooHoo to the Rescue is the perfect inspiration for a variety of apps focused on YooHoo and his friends and adventures. We expect many more YooHoo apps to follow the success of the three already available.”