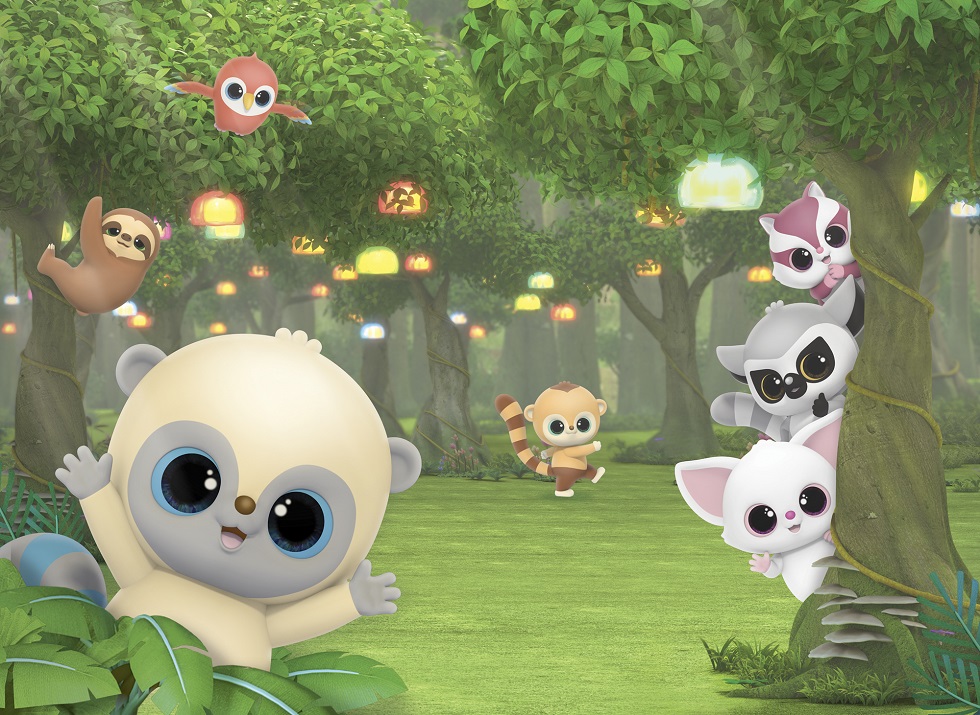 Aurora World – a leading character and content company and owner of the globally successful YooHoo brand – has announced the renewal of its exclusive YooHoo sponsorship campaign with the UK’s popular family venue Chessington World of Adventures Resort.

Following a two-year period when this marketing initiative, focused on the resort’s much-loved Children’s Zoo, has proved both popular with the public and successful for the brand, the new agreement will extend the initiative for another two years – but with a few important changes.

From May 2019, the Children’s Zoo, now known as the YooHoo Children’s Zoo, will be decked with new imagery, signage and striking YooHoo graphics to reflect the new look brought to the brand by the animated series YooHoo to the Rescue, which launched globally on the Netflix platform in March. The new material will also be visible both at the entrance and the back of the main zoo

In addition, the newly launched range of YooHoo plush – refreshed to reflect the themes and characters of the new series – will be available in the Chessington Zoo shop.

Opened as Chessington Zoo in 1931, Chessington World of Adventures Resort today offers a theme park with over 40 rides and attractions, a SEA LIFE centre with over 1000 animals, and an onsite resort hotel as well, of course, as the famous Chessington Zoo. The Children’s Zoo, part of the main zoo, allows young animal lovers to interact with a range of farmyard friends, including pygmy goats, KuneKune pigs and sheep. Over 1.2 million visitors pass through the Children’s Zoo annually.

This marketing initiative launch forms part of a continuing promotional push for the new show and licensed YooHoo merchandise. Increased brand exposure for YooHoo in global markets, along with the strong promotional effect of YooHoo to the Rescue, is expected to drive demand for the plush range in particular. YooHoo plush is already popular – sales since 2007 have exceeded 80 million – but the line has now been rebooted to reflect the themes and characters of the new series.

Aurora World continues strong partnerships with offline retail and promotions. Along with the global launch on Netflix, YooHoo toy line has already received a major launch in Japan at Hamleys Hakata and Hamleys Yokohama and in the UK at 200 WH Smiths stores.

As well as a renewed plush toy line based on the new series, a licensing and merchandising programme is planned across many other categories. There are several products ready for launch in territories worldwide from a number of licensees, including Panini (stickers, mini figurines, trading cards), Nuvita (baby products), Apple Beauty (toiletries), Dolfin (confectionery), Kennedy Publishing (magazines), and Dev Games & Yea Studio (digital apps).

The new 3D CGI 26 x 11’ animated children’s show, YooHoo to the Rescue, a co-production with Italy’s Mondo TV, launched on 15 March 2019 in 20 different languages in 190 countries. YooHoo to the Rescue is one of the first Asian pre-school IPs to be chosen as a Netflix Original Series. The show will also appear on free-to-air channels in Italy, Poland, Russia, Spain, and Portugal.

Jay Noh, Director of Content Business, Aurora World, says: “YooHoo’s partnership with Chessington World of Adventures Resort has been very successful with visitors – and the arrival of a new series on Netflix will no doubt further enhance its popularity. In fact, YooHoo to the Rescue’s focus on the environment and endangered species make Chessington a particularly appropriate partner. We are delighted to announce the renewal of our partnership for another two years.”