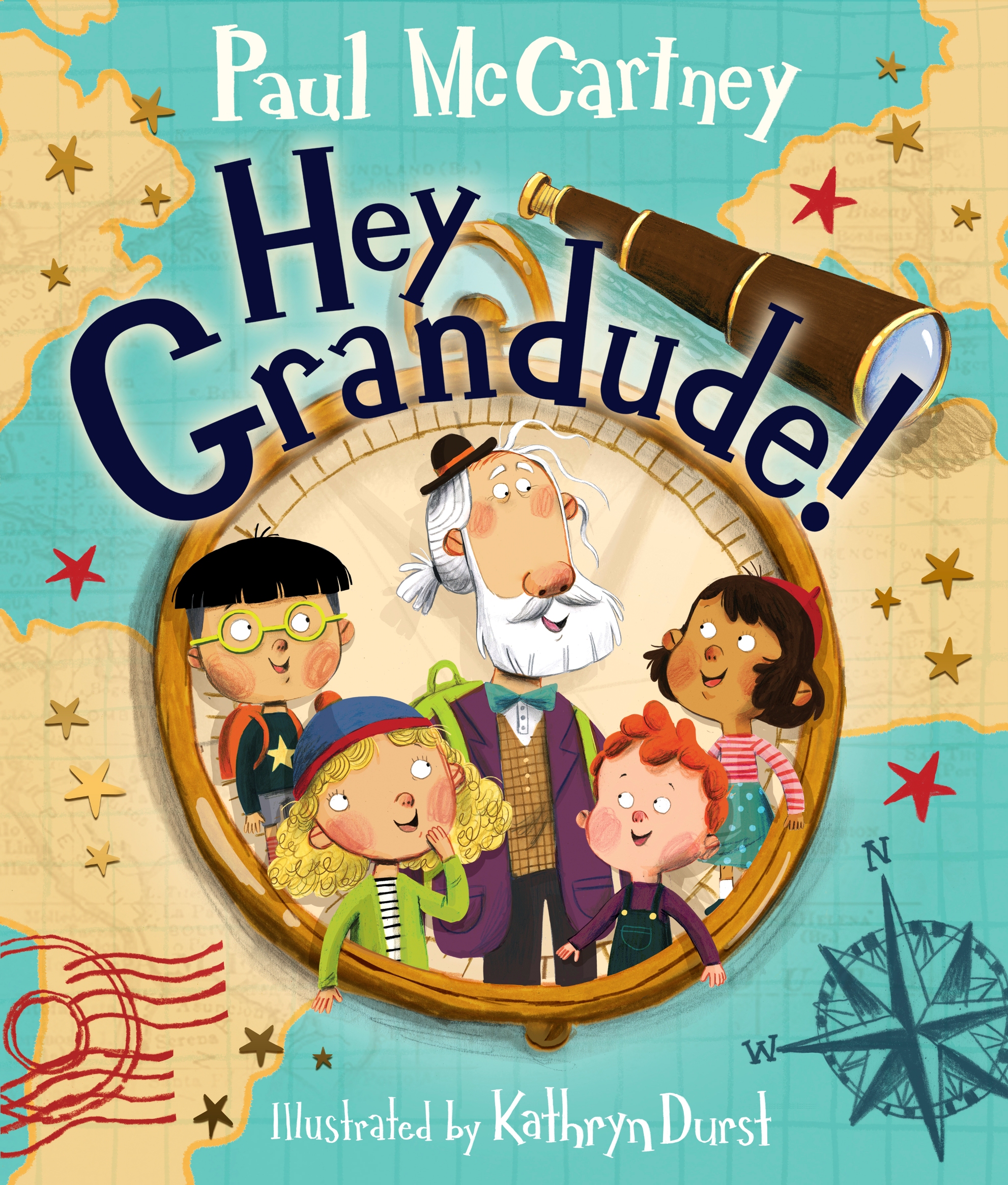 Caroline Mickler Ltd, which builds the UK licensing programme for a number of major brands including The Beatles, Moomin and Horrid Henry, has been appointed by brand owner MPL Communications as UK agent to represent the licensing rights for Hey Grandude, Paul McCartney’s first children’s picture book, which arrives at retail in September.

Described as “an action-packed adventure story with a wonderful wind-down-to-bedtime ending”, Hey Grandude is about an intrepid grandfather explorer, who, with a little help from his magical postcards, whisks his grandchildren off on incredible adventures.

It’s a wild rollercoaster ride – with a twist of magic – and a heart-warming family story, inspired by Paul McCartney’s own experiences of being a grandfather. Brought to life with funny, colourful illustrations from talented artist Kathryn Durst, the book is published in the UK by Puffin.

As UK licensing agent for the new book Caroline Mickler Limited will be exploring a number of potential licensing opportunities in the two-to-five-year-old target market that will be the book’s core readership, as well, of course as parents, grandparents and gift buyers for children. Hey Grandude will also be a strong focus of the Caroline Mickler Ltd presence at Brand Licensing Europe 2019 (at stand E281), soon after the book arrives at retail.

Hey Grandude illustrator Kathryn Durst has worked with many leading children’s book publishers, including Penguin Random House Children’s, Simon & Schuster Kids, Lerner Books and Scholastic (UK). The titles she has illustrated include Life with My Family by Renee Hooker &,‎ Karl Jones, the Vlad the World’s Worst Vampire series by Anna Wilson, the forthcoming You’re In Good PawsBy Maureen Fergus and Hey Grandude! A graduate of Sheridan College in Ontario, Canada, Kathryn Dursthas a background in animation, and has interned with Pixar Animation Studios.

Paul McCartney is a singer, songwriter, multi-instrumentalist and composer.

Caroline Mickler says: “With its delightful story and colourful, funny illustrations, Paul McCartney’s first children’s picture book is perfect for parents, grandparents and young children alike. It’s an appeal that I am sure will also extend to a strong and successful licensing campaign across a wide range of categories. We at Caroline Mickler Ltd are thrilled to be representing the UK licensing rights for this wonderful book.”