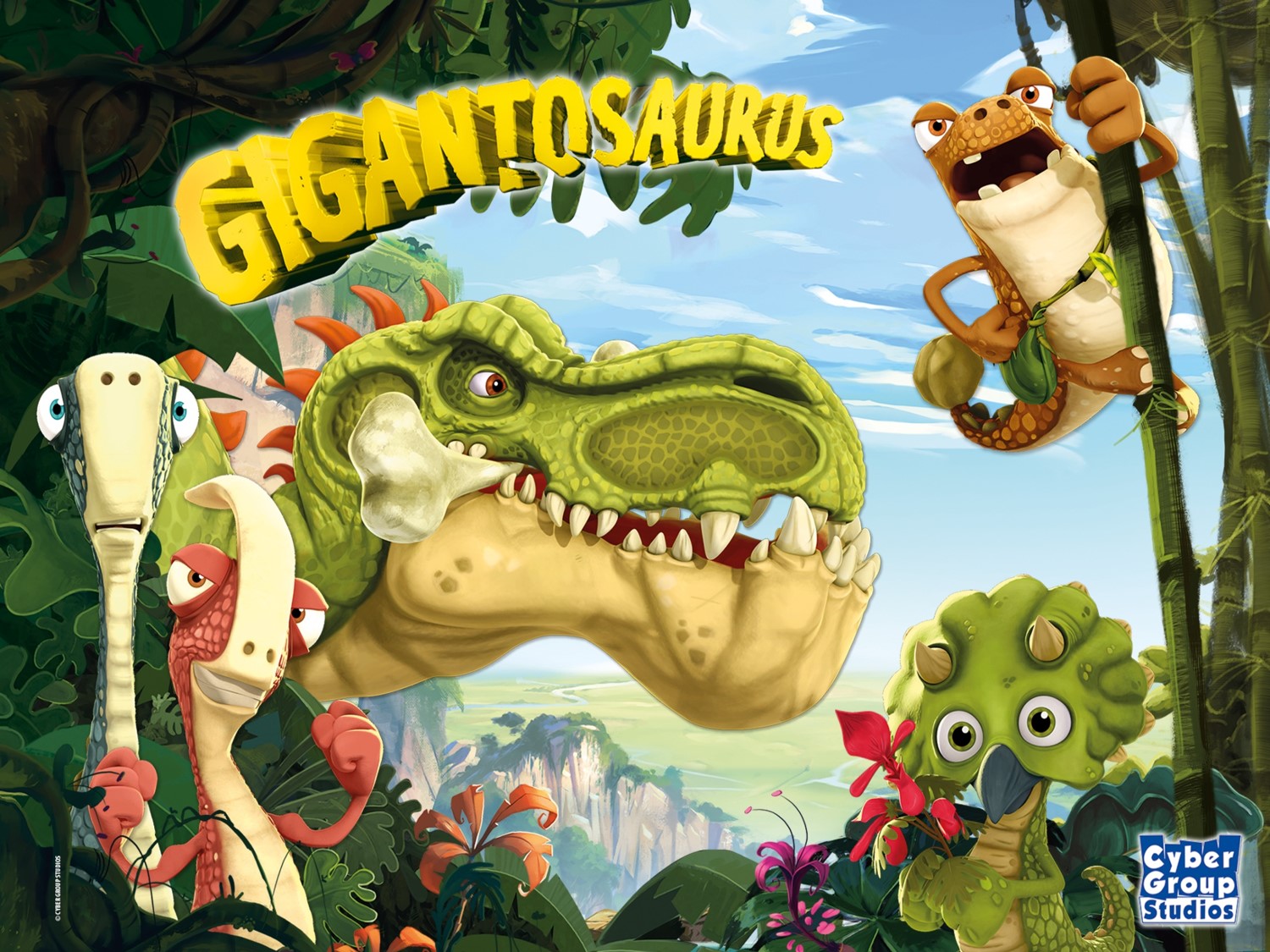 First two licensing agreements for Gigantosaurus in the Italian market

Maurizio Distefano Licensing (MDL), which has been appointed to manage the licensing programme in Italy for the new animated TV series Gigantosaurus, has announced the first two agreements for the property in the Italian market.

The full-CGI 52×11-minute action-comedy series following the adventures of a group of young dinosaur friends has been airing in Italy on Disney Junior since April and will soon arrive on national public broadcasting company Rai.

Offering stylish puzzles for preschool fans are Clementoni, a leading maker of toys and games for children from 0 to 12, while Dino Bikes, a major name in the bike industry since 1920, will be producing a special range of Gigantosaurus bikes.

Clementoni, a leader in the world of educational games, offering everything from classic games to electronic learning games, will produce a wide range of Gigantosaurus puzzles. The puzzles feature colourful images of the intrepid friends and their dinosaur home. They will available in supermarkets, hypermarkets, toys chains and specialist stores from January 2020.

Dino Bikes will offer colourful children’s bicycles at a number of wheel sizes from 10-inch up to 16-inch and runner bikes. All will be illustrated with images of the stars of the popular show. The range for the very young will also include helmets and bike accessories. The bikes will be on sale in the major retail chains, specialized bike stores and children’s stores from January 2020.

Produced by Cyber Group Studios and directed by Olivier Lelardoux, Gigantosaurus, has been showing on Disney Channel US since 18 January and on Disney Junior worldwide (excluding India, China and Taiwan). Gigantosaurus is also set to premiere on a number of major broadcast networks, including RAI in Italy, France Télévisions, Germany’s Super RTL and SRC (Canada). Gigantosaurus will also appear on Netflix in most territories. The potential of the property has been further boosted with the announcement that a second season is already in development and scheduled for 2021.

Maurizio Distefano Licensing, which has been appointed to manage the show’s licensing programme, sees enormous potential for this new series among young children in Italian-speaking markets in a number of product categories.

Based on the book by popular kids’ author Jonny Duddle, Gigantosaurus is an innovative and entertaining new series which follows the adventures of four young dinosaur friends – Rocky, Bill, Tiny and Mazu – as they explore their world and try to find the Gigantosaurus – the biggest, fiercest dinosaur of all.

Themes of fun, friendship and facing your fears, plus endearing characters, witty scripts, attention to historical detail in the animals and landscape and, of course, a lot of dinosaurs, make this a potent player for licensing partnerships across multiple categories.

The show has already also inspired a toy line that will be created in partnership with brand owner Cyber Group Studios and the master toy licensee Jakks Pacific, Inc. In addition, a video game for kids and families, created by Outright Games in partnership with Cyber Group Studios, will feature the four dinosaur heroes in a new action-packed story.

MDL is targeting a number of other categories, including homeware, apparel, gifts, games and stationery, as it introduces Gigantosaurus into the Italian merchandising market.

Maurizio Distefano, founder and President, MD Licensing, says: “Gigantosaurus is already making a strong impact on the broadcast market and, at the same time, attracting the attention of some notable licensing partners across a number of important categories. We’re thrilled to welcome Clementoni and Dino Bikes to what we are sure will be a fast-growing family of Gigantosaurus licensees in Italy.”