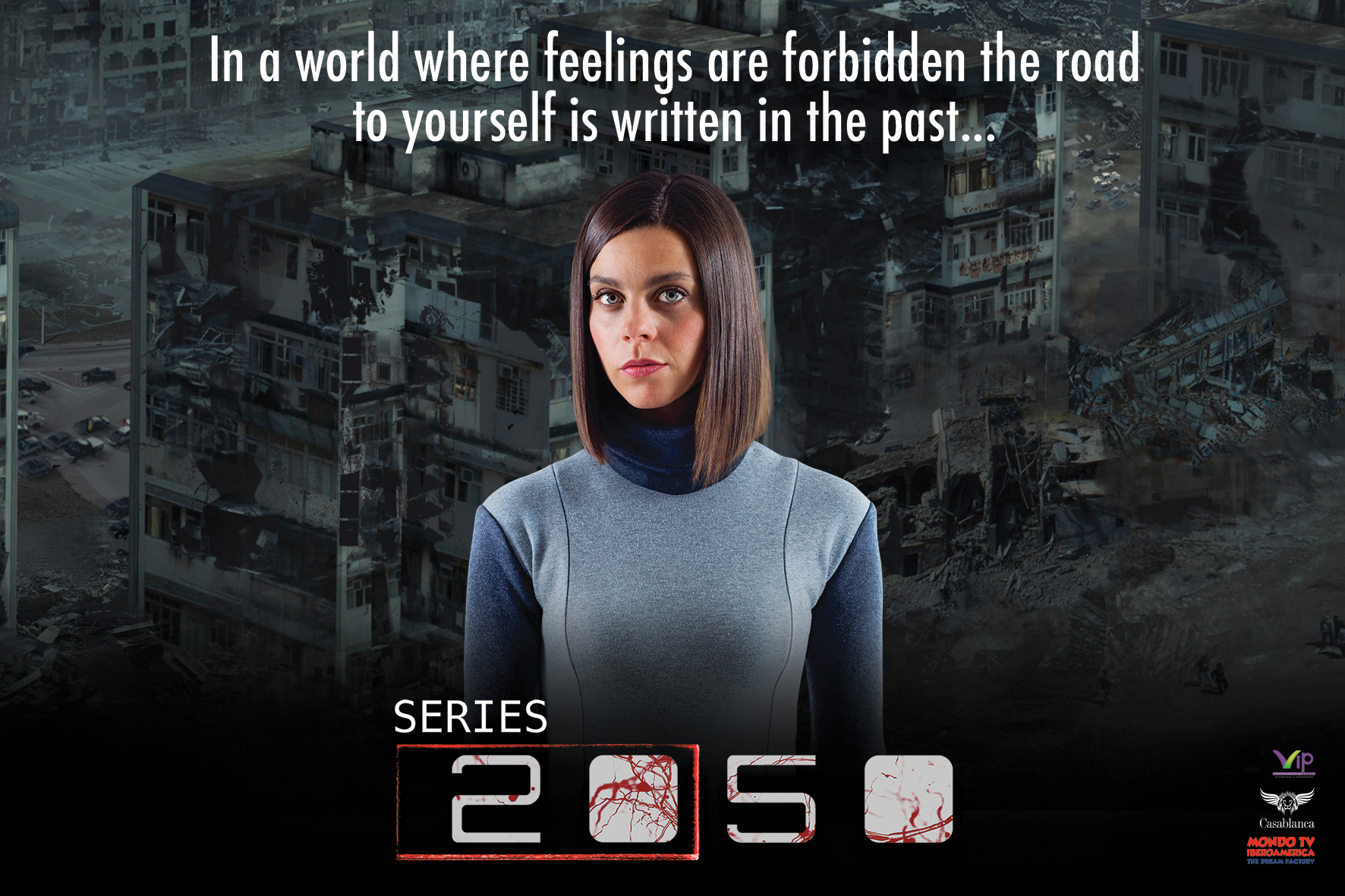 Conecta FICTION, the major international meeting place at which creativity, financing and co-production of television content take centre stage, is back! And so is Pitch Copro Series, the special event that highlights international co-production projects of TV series or mini-series, which this year received 117 entries from 13 different countries.

Mondo TV Iberoamerica is proud to announce that, along with co-producers VIP 2000 TV and major Brazilian production and post-production company Casablanca, it has been selected among the finalists at Pitch Copro for the groundbreaking adult sci-fi/drama series 2050.

2050 will be presented on Tuesday, 18 June, during the pitching session in front of many leading delegates at the event from America and Europe – including producers, TV channels and potential partners and investors. And TVE – Spain’s national state-owned public-service television broadcaster – will fund the development of at least one of the selected scripted projects.

2050 is an exciting and visually stylized series about a post-apocalyptic near future where all emotions are controlled by an implanted microchip called the Limbus. Originally created in an attempt to alleviate the mass suffering of a time called The War, the microchip now gives the government absolute control over its people; only a tiny elite is allowed to ‘feel’.

But a small group of revolutionaries discovers a way to beat the Limbus – by reaching into the past and rediscovering a world created by geniuses whose work has influenced humanity down the centuries. The world of Shakespeare, Homer and Dante. The world of the great literary classics. A virtual world that could inspire a new reality. Can the works of these now-suppressed giants free humanity from its technological prison? For the people of 2050, freedom in the future lies in the now illegal art of the past.

2050 is a project with huge crossover media potential – from TV and online media to licensing and video game development – that will entertain large audiences all over the world. The edgy and futuristic content is combined with the romanticism of classical literature – all served with a dystopian twist and a strong international cast of characters, including lead actress Clara Alvarado, from the hit series ‘La Casa de Papel – Money Heist’.

Now in its third year, Conecta FICTION is the first international event dedicated exclusively to the co-production of fiction series for television between America and Europe.

The third edition of Conecta FICTION will be held in Pamplona-Iruña, Navarra (Spain), from 17-20 June, 2019 with the support of the Government of Navarra through SODENA (Sociedad de desarrollo de Navarra, a regional investment group), the Navarra Film Commission, and the SGAE Foundation (a group working with authors and publishers for the protection of their rights), and with the collaboration of Baluarte Auditorium and Congress Centre, and Clavna, (Cluster Audiovisual de Navarra, a non-profit organization supporting the audiovisual sector). The design and production of the event are by Inside Content.

Maria Bonaria Fois, CEO at Mondo TV Iberoamerica, stated: “Mondo TV Iberoamerica is continuing to diversify its offer while still focusing on innovative ideas. We are thrilled to be partnering with VIP 2000 TV and Casablanca for the series 2050, a show that we believe will soon conquer audiences around the world. Being selected by the editorial committee at Conecta Fiction is an honour and a great opportunity for this innovative and highly original project.”

Roxana Rotundo, CEO of VIP 2000 TV, added: “In a fast-changing industry, our company cannot sit still. Creating original content that can differentiate our offering is essential – and 2050 does exactly that. 2050 is a perfect mix of drama, thriller and science fiction that we believe will bring audiences of all ages together. To be chosen among so many important projects at Conecta Fiction is a great vote of confidence in a project that is both innovative and exciting. I believe that, with both Casablanca and Mondo TV Iberoamerica alongside us, we have the ideal partners for this brilliant concept to make it an international success.”