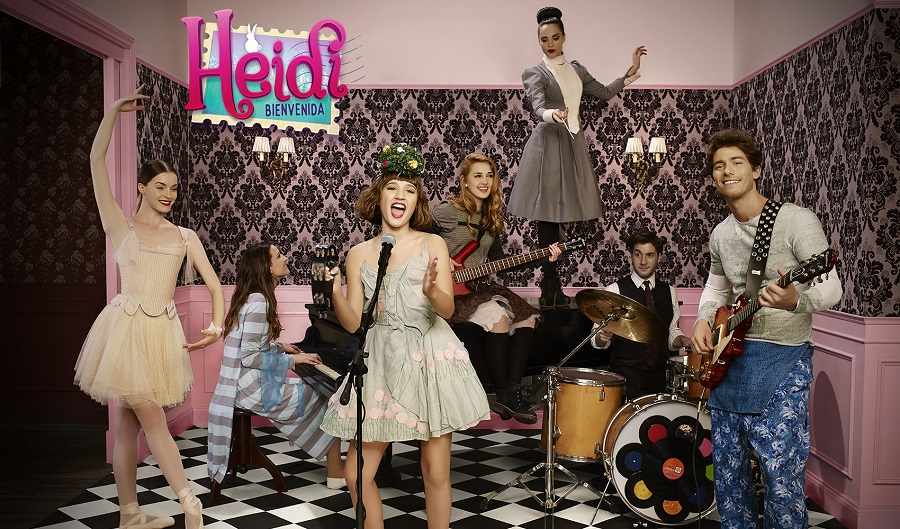 Heidi Bienvenida a Casa comes to Russia and Israel

Mondo TV, one of the largest European producers and distributors of animated content, has announced the debut of its first-ever live-action production in Europe and the Middle East, where it recently launched on major channels in Russia and Israel.

Heidi Bienvenida a Casa, a comedy-drama for teens following the adventures of a happy, carefree girl who leaves her beloved mountain home to live in the big city, launched on the Russian free-to-air youth drama and reality programming channel CTC LOVE on 19 August. The 60 x 45’ show airs on Saturdays and Sundays at 9 am.

More recently, the show launched on Yes KidZ Israel on Sunday 3 September. The show is stripped from Sunday to Thursday at 1.30pm. Yes KidZ is an Israeli television channel for children that started broadcasting on yes, the sole direct broadcast satellite television provider in the country, on 1 January 2017.

In addition, Mondo TV Iberoamerica has announced a license agreement with the Russian company JSC First HDTV of St. Petersburg, one of the largest operators in the region. The agreement grants a license for the non-exclusive rights to transmission by pay-TV, via satellite and cable, for a period of two years of Heidi Bienvenida a Casa.

Produced by Mondo TV Iberoamerica along with Alianzas Producciones, Heidi Bienvenida a Casa has enjoyed great success in Latin America on Nickelodeon. It is now also airing on A+ Mexico, the new channel for young people launched recently by the TV Azteca group. Free-to-air roll-out in Bolivia, Costa Rica, El Salvador and Panama will follow before the end of 2017, and launches in several other territories are close to being finalised for broadcasting by January 2018. Two more series of Heidi’s adventures are planned; filming for the second series, called Heidi Bienvenida al Show, has already begun.

Following its successful launch across Latin America, Heidi, Bienvenida a Casa is now showing off its potential for broadcasters in Europe and the Middle East, of which CTC LOVE and Yes KidZ have been the first to launch.

With a strong network of agents in place in the Latin American market, Mondo TV is now looking to establish licensing partnerships for the property throughout EMEA. This will be a key focus of Mondo TV on its stand — D70 — at the next BLE.

Matteo Corradi, Mondo TV CEO, says: “With Heidi established and growing in the Latin American market, we are pursuing opportunities in other regions — and the popular CTC LOVE channel in Russia, and Yes kidZ, a dynamic new arrival on the Israeli TV scene, have led the way. We are certain that the proven appeal of this charming, funny, and exciting teen comedy-drama will resonate with audiences in many other countries and regions, and provide a strong foundation for broadcast and licensing growth across EMEA.”