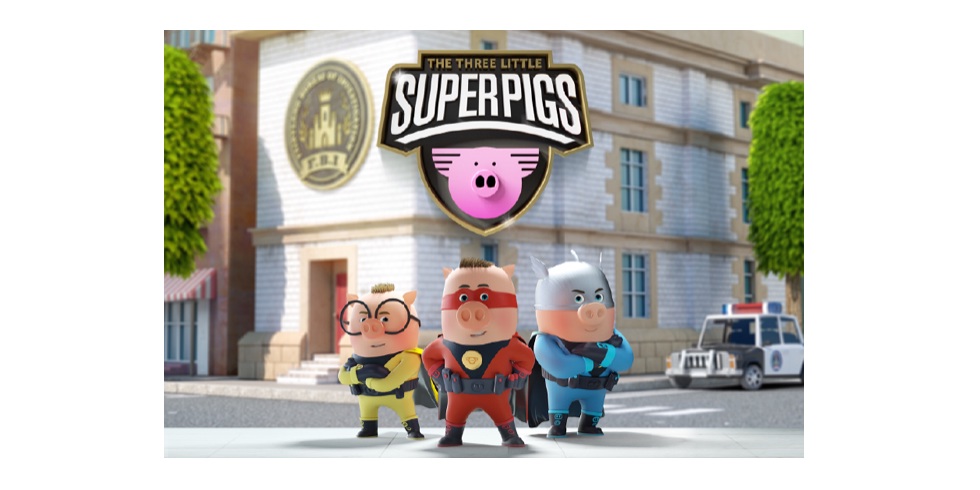 The brand new series join the list of other Planeta Junior new productions, which includes: Milo and Tilly, The Power Within.

Jez Hall, who recently joined the Superpigs team to develop and Direct the new Comedy Adventure show, has worked in the animation industry as a Director and Storyboard Artist for 32 years. Hall has directed numerous high-profile 2D and CG animated projects and storyboarded on over 50 TV series, along with a recently Oscar-nominated animated feature. Jez most recently served as Director at Blue Zoo Animation, leading the team on the second season of The Adventures of Paddington. The first season, in which Hall worked as Storyboard Supervisor, received two daytime Emmy Awards, including Outstanding Preschool Animated Series. Hall previously held a number of roles on Disney’s 101 Dalmatian Street at Passion Pictures, at Brown Bag Films and Mackinnon and Saunders, Impossible Kids, Wish Films and Studio Soi.

“I’m very excited to be joining the Superpigs team to help bring the show to life. The world of Superpigs is full of such diverse and fun characters, it’s going to be an amazing series”, said Jez Hall, Director of the new animated series.

“Jez is a highly talented director and we are delighted that he is joining the Superpigs team. His creativity and expertise will be key in bringing our characters to life in a captivating, fun, and relatable way to a global audience”, said Paula Taborda dos Guaranys, Creative Executive Director at Planeta Junior.

Superpigs (26 x 22’) Is a fast-paced, entertaining and humorous series for 5-9 year-old; it follows our crime-fighting superheroes as they battle to outwit The Big Bad Wolf and defend the Metropolis of Fairyland. Along with their friend and master of infiltration, Little Red, The Three Little Superpigs set up a crime-fighting agency. Comedy, mystery, action and drama combine in a series that values teamwork as the way to solve cases.