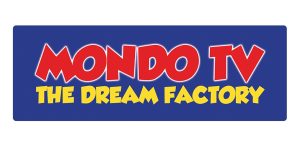 Fifty years later, as a group of independent companies, it is one of the largest European producers of animated content, both in-house and as a production partner. It has a strong and growing licensing division. And it still a major name in distribution, with a library containing many thousands of hours of classic entertainment.
The holding company, Mondo TV S.p.A, listed on the Milan stock exchange, is headquartered in Rome and specialises in the international co-production, production and distribution of animated content.

Mondo TV Studio is listed on the Madrid stock exchange and includes the Tenerife-based pre-production and CGI hub.
Mondo TV France in Paris and Mondo TV Suisse in Lugano are active in the production and distribution of animated television series.

The Mondo TV Group as a whole combines in-house productions with a programme of strategic alliances that allow it to co-produce successful series across the world and for the world. Today Mondo focuses on many opportunities – from animation to drama to reality TV for kids, teens and families – across a large number of media and business channels, including linear TV, OTT and streaming.
The licensing division opened in 2010 and works with the most prestigious brands in the business, notably in Italy and Iberia, the Group’s core markets.

The recent expantion of the CGI production centre in 2020, with the aim of regularly creating 3D productions, is another step on the road to founder Orlando Corradi’s dream of creating a fully integrated company, one that can claim a global leadership position in the creation, distribution and licensing of IPs.