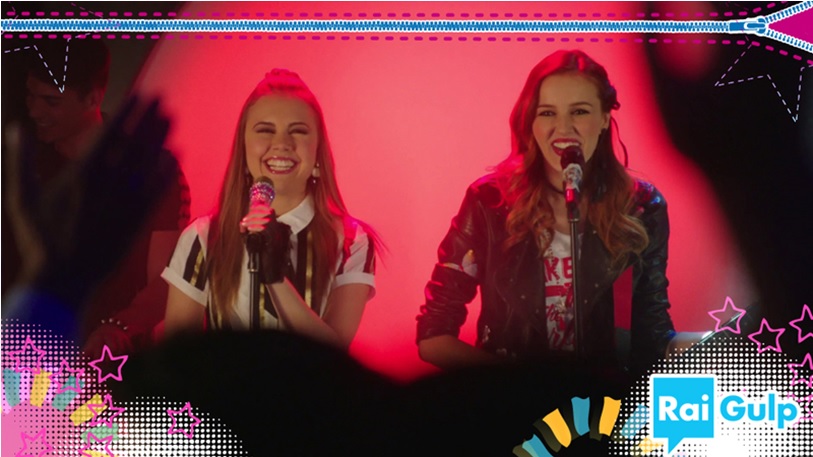 Rainbow – the content powerhouse behind hit show Maggie & Bianca – has revealed details of the brand’s astonishing performance in the Italian market.

The series is Rainbow’s first full live-action production and tells the story of Maggie – an ordinary American girl with a dream of becoming the world’s greatest fashion designer, and Bianca – a self-proclaimed Italian ‘princess’.

The show is huge in Italy, where it has screened non-stop on Rai Gulp since launching in August 2016, with over 1000 reruns broadcast, and is the channel’s most popular show. Series 1-3 are on air every day with multiple daily slots and two episodes in prime-time each evening, at 20.05. Over 500,000 viewers per day watch the show and it is among the most popular kids TV series on Netflix and TIMVISION. The show has also recorded 55milion+ hits on Italian YouTube.

Fans also love Maggie and Bianca merchandise, with a toy range from Simba recently selling up to 90% of all available stock! This includes role-play, musical items and fashion dolls and the Maggie and Bianca sewing machine – the biggest selling item in the collection, which sold 100% of all stock. Maggie and Bianca Fashion Friends is also a publishing sensation – with a book range from Mondadori, featuring more than 15 titles, selling 100,000+ copies!

And music from the show is also a huge hit, thanks to a CD from Sony that has sold more than 20,000 copies – ranking as the #1 compilation album in the Italian charts for six weeks! Over 1 million fans have also streamed the album, through iTunes, Spotify, Google Play and Amazon Music. In addition, The Moodboards – the band from the show – have been entertaining crowds throughout Italy on a sold-out live tour starting from October 2017, with dates in many major Italian cities. More than 10,000 tickets sold in Milan alone when the band played there in early January.