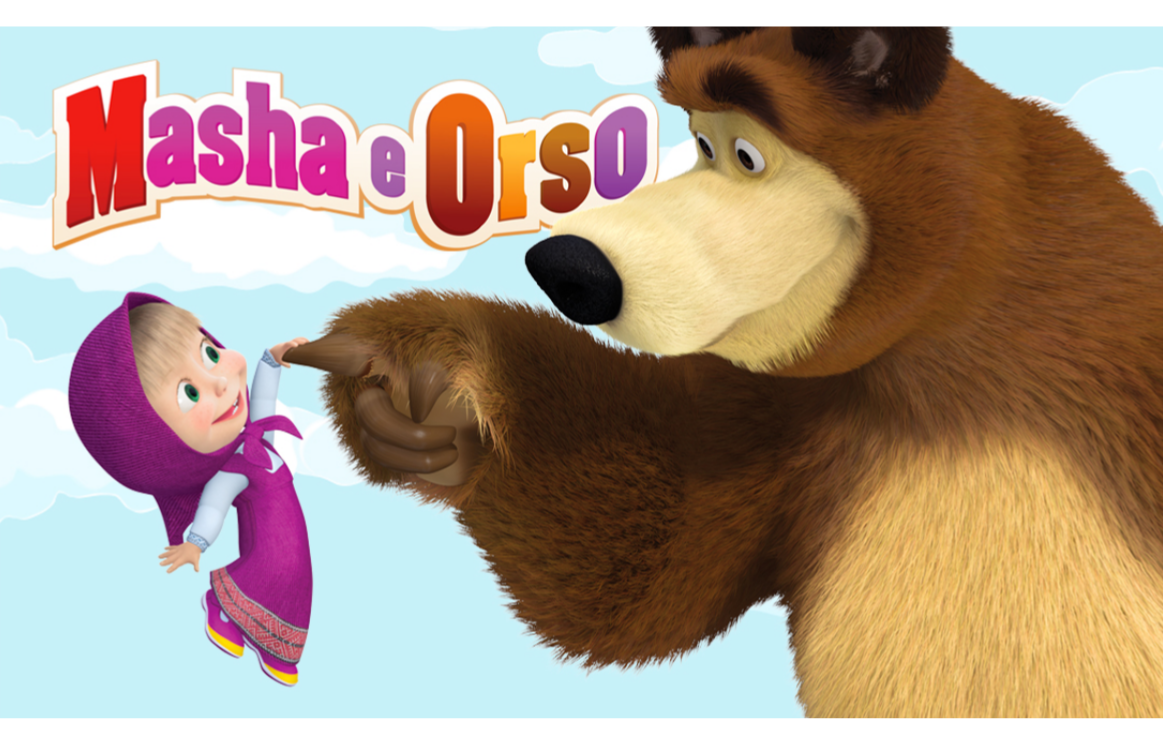 From January the Magic Album, the Stickers and Colors, the Crossword Puzzle, and the Draw and Color albums are available in all kiosks starring children’s favorite characters, Masha and the Bear

Thanks to the deal managed by Maurizio Distefano Licensing between Animaccord’s successful property Masha and the Bear and Edizioni Play Press, the new activity and coloring albums are already available in all kiosks from January with the stars of the animated series. Every month a new album will be available in all kiosks.

The Magic Album, the Stickers and Colors, the Crossword Puzzle, and the Draw and Color albums have as protagonists of their stories, drawings to color and stickers, the friendly Masha and Bear. A fun and creative way for fans of the animated series to learn and play with their favorite characters. All Play Press albums have the special soft touch feature for their covers, a technique that makes them velvety and gives them a magic touch!

The animated series Masha and the Bear, tells the daily life of Masha, a mischievous and lively little girl that loves to play pranks and cause troubles to her friend Bear, with seemingly infinite patience. A perfect metaphor of the relationship between parent and child, which makes the series extremely accessible and easy to identify with. Masha and the Bear episodes are on air every day on Rai YoYo, the channel that contributed to the taking off of the series thanks to the intense schedule since its arrival in Italy and that still today keeps fans at the highest point of interest. Rai Play, the web-portal and Rai App version where Masha and the Bear came in second as the most viewed Kids title during 2020, plays a key role in the series success as well, allowing to view the episodes at any time.

Masha and the Bear boasts 3 million subscribers on the Italian YouTube channel. Moreover, Masha and the Bear is a record-breaking series: it has set the Guinness World Records as the most watched cartoon on YouTube and one of its latest episodes entered the HIROSHIMA 2020 International Animation Festival for its special list of programs titled “BEST OF THE WORLD”. According to Parrot Analytics, an international research agency, it is included in TOP-5 most in-demand kids show in the world as of January 2021.

Thanks to the long-lasting partnership with the Maurizio Distefano Licensing agency, Masha and the Bear has an extremely active licensing program in Italy, ranging in many product categories: toys, food, apparel and more. In addition to being able to easily find all products on the Masha and the Bear personal Amazon store and in the dedicated area of the Toys Center website, fans can also find Masha and the Bear in-store, with an even more immersive experience thank to the initiative of the retailer Toys Con Te, who dedicated an exclusive exhibition space to the series.

“Masha and the Bear is one of the most-watched series by children, which corresponds to a constant research and demand for its products. This collaboration with Edizioni Play Press will certainly satisfy young readers, who will be able to play with Masha and the Bear while stimulating their imagination and creativity.” 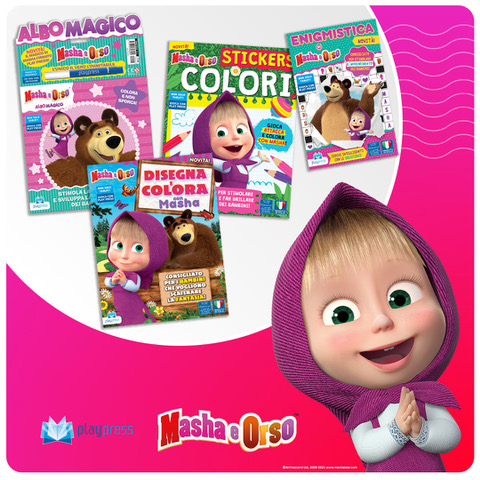