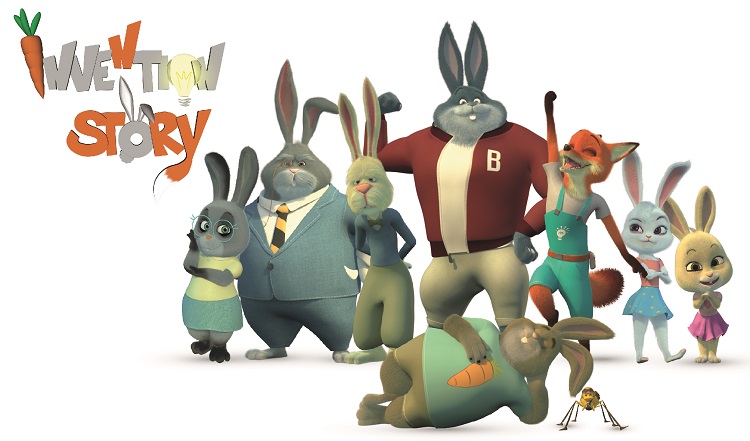 Mondo TV, one of the largest European producers and distributors of animated content, has announced the sale of two major animated productions to Discovery Channel Middle East children’s broadcaster DKids: Adventures in Duckport and Inventions Story. Both shows will appear in 2018.

Targeted at children aged 4-8 and featuring many of the characters from the wildly popular Suzy’s Zoo property, Adventures In Duckport (52 x 11’) brings Suzy Ducken and her friends Jack Quacker, Penelope O’Quinn, Corky Turtle and others to life in a cast of friendly animals who try to be helpful and save the day — although things don’t always go according to plan. The show evokes a simpler way of living, and its endearing characters and engaging plotlines are certain to inspire success across a wide range of broadcast territories.

The 3D CGI HD series Invention Story (104  x 11’) is also an animated show for younger children but with a very different theme. The main character is Kit, an intelligent, thoughtful and very creative fox, who, in each episode, comes up with a new invention, delighting the rabbit inhabitants of Carrot Town and infuriating Silas, their angry, jealous mayor.

There are plots, conflicts and rivalries as well as funny and engaging characters — but this show also offers something different. By following the little fox in his efforts to build each new invention, the young audience will find out more about science and how it works. In fact, such is the enormous potential of Invention Story, on TV and across both play and learning-related licensed product, that production partners Henan York Animation and Mondo TV have already committed to five series.

Both shows will appear on pay TV on DKids in the Middle East as part of a two-year broadcast deal. Adventures in Duckport will launch in January 2018. Invention Story will appear in the spring of the same year.

DKids, is a children’s television channel owned by Discovery Communications. Launched in 2016 across the MENA region, the channel is exclusively available on beIN (channel 110) and broadcasts in both English and Arabic.

Matteo Corradi, Mondo TV CEO, says: “The simple charm of Adventures in Duckport and the humour and spirit of enquiry that drive Invention Story are enormously appealing — and both productions are, of course, written, designed and performed to the very highest standard. We are sure that DKids viewers — and many others in the coming years — will love both shows.”